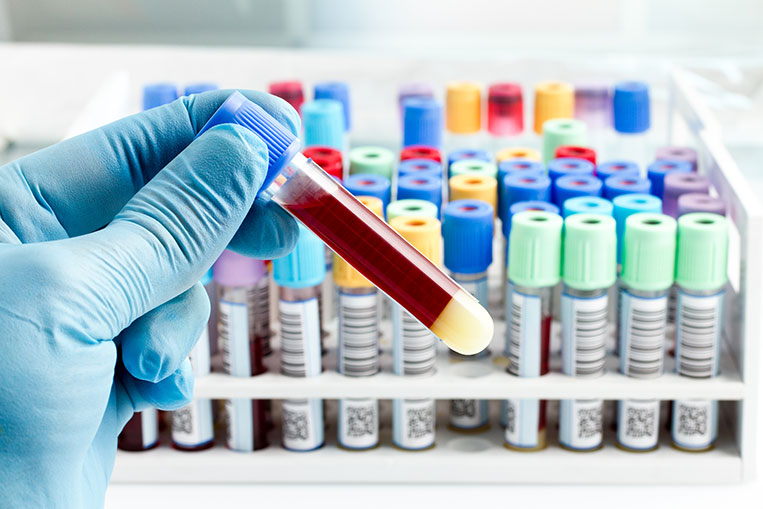 Lifesaving vaccines have drastically increased longevity for United States citizens. Today, populations live almost twice as long as they did a century ago. Lifespan is a rough indicator of a population’s overall health. This is possible because of the successful elimination of many earlier lethal illnesses. In the United States (US), vaccinations have provided immunization from many health threats. However, new threatening illnesses have emerged. US health organizations collaborate with international entities to help undeveloped nations improve population health, but face challenges managing and eliminating illnesses at home and abroad.

Life Expectancy as a Wellness Metric
A report published by the Orgainsation for Economic Co-operation and Development (OECD) identifies human lifespan as a key societal wellness barometer. [1] The group is a forum created to improve financial, physical and mental wellbeing for all global citizens. [2] Through the organization, governments collaborate to improve the human condition. Using data gathered from various global sources, the group members make recommendations designed to improve humanity’s welfare. The research scope varies from high-level census data to detailed worldwide tax rates. Among these data, the organization recognizes remarkable improvements in human life expectancy over the last half century, which is now 80-years long. [1]

Around the 1960’s, the United States population fared slightly better than other nations in life expectancy. Today, citizens in developed nations around the globe experience virtually the same average lifespans. In addition to increased governmental spending on wellness initiatives, these groups also enjoy sufficient qualities of life, adequate education and thriving environmental conditions.

In a recent OECD poll, most United States citizens expressed positive outlooks regarding their general health. This sentiment was almost 20-percent higher than poll results gathered from all other nations. Although these opinions do not indicate definitive statuses, the OECD believes this measurement strongly suggests future health care service consumption trends.

From One Life to Two
Some associate humanity’s relatively newfound life expectancy to receiving a gift of two lifetimes. In early America, disease represented the worst cause of death among many possibilities, and as time went on, shrinking global boundaries increased disease mobility. Today, modern society takes for granted the protection provided against formally lethal illnesses, and it is unheard of for individuals to die from all but the most persistent sicknesses. Vaccinations have eliminated conditions normally resulting in certain death and increased health conditions among children and adults.

Initially, the public decried vaccinations, extolling the then new medical practice as violating religious morals. However, through great intervention, society has come to accept vaccination as a normal part of life. Thanks to modern vaccines, developed societies do not experience, or understand, the savage toll infectious and parasitic diseases take on victims.

Success on Many Fronts
Since 1955, the United States has earmarked funds for polio vaccinations among children and various public health advocacy groups have collaborated to battle this illness by maintaining delivery channels throughout the United States. Duly, vaccination in America is at a historical high, surpassing 90-percent coverage against diphtheria, tetanus, measles and pertussis. Coverage for hepatitis B is also substantially high.

To date, newly developed hybrid inoculations, which combine treatments, and the relatively new varicella vaccines receive minimal coverage. Researchers have not tabulated rotavirus vaccinations among newborn and infant children, but United States elementary school children receive over 95-percent coverage. These standard vaccinations have drastically reduced mortalities among children and eradicated the uncontrolled spread of diseases such as smallpox and several other illnesses.

Physicians have successfully eliminated smallpox in the United States. In the early 1900’s, nearly 50,000 people contracted smallpox, resulting in over 1,500 deaths. Since then, the disease has declined on an intermittent curve. Today, physicians no longer vaccinate against the disease. This was in part due to the United States supporting other nations in eliminating the illness.

Longer Lifespans in America
America’s prevalence against infectious and parasitic illnesses denote a notable accomplishment for the medical community. [3] Researchers have developed vaccines to alleviate several conditions, such as measles and polio. As a result, more United States children mature into adults. This improvement accounts for a 60-percent increase in life expectancy among women.
A review of historical data reveals the most improvements in recent years. As a result, population researchers, or demographers, have underestimated the comparatively sudden increase in lifespan, leaving them wondering how much more population longevity will grow.

Some Threats Still Linger in America
Currently, human papillomavirus (HPV) is a serious concern in the United States. HPV is a cluster of over 150 viruses that biochemical and clinical researchers delineate with numbered designations. Both men and women can contract roughly 40 of the strains, which spread through direct skin contact. HPV is the most prominent sexually transmitted infection (STI) currently in circulation. Scientists believe that every sexually active individual contracts the illness at some point in their lives. Physicians attribute HPV to cervical cancer, a side effect that develops after years of dormancy. The medical community has successfully developed a vaccine, but a large segment of the female population missed the inoculation period. Because of this, medical experts forecast thousands of women to develop cervical cancer.

Improving American Health by Helping Other Nations
Despite improvements in worldwide health, increased lifespans continue to elude some populations in underdeveloped countries. Around the world, expectant mothers and children continue to suffer from preventable illnesses. [5] Annually, almost six million children and infants die from preventable diseases.
Almost all maternal deaths occur in developing nations. In some undeveloped countries, slow action and fear of the unknown regarding vaccinations often end in parents experiencing unfortunate consequences. Budgetary and bureaucratic challenges also serve as detriments to vaccine delivery.

Historically, the United States has been the largest advocate for global health. Vaccination significantly reduces deaths related to parasitic illnesses, such as those delivered by mosquitoes. To alleviate these circumstances, the United States collaborates with global humanitarian groups, such as the World Health Organization (WHO) and Rotary International. The WHO provides community wellness support in over 150 countries, while Rotary International gathers and disperses funds for global humanitarian initiatives. Enterprises such as these collaborate to eliminate polio and other diseases, such as measles and rubella – that collectively claim over one million lives each year – by striving to deliver the same vaccination coverage enjoyed in developed countries. This ongoing support also helps to reduce disease migration.

Challenges and Forecasts for US Health
For the public to benefit fully from vaccines, the medical community educates parents on how important it is for children to receive scheduled inoculations, and health care organizations provide patients with the latest vaccines available. Vaccination represents the greatest achievement in United States medicine. [4] However, the medical community and healthcare leaders face several challenges in delivering the service.

Vaccination scheduling is growing increasingly complex. Rising birth rates are increasing the vaccination workload. The United States government faces a challenge in providing funding to ensure inoculations for all children. Researchers continue to grasp the causes behind vaccine related complications. Health care information technology specialists toil through building and maintaining systems to comply with the universal health care initiative and manage vast data stores, and the United States health care system is bowing under the weight of millions of new policyholders who must participate in vaccinations for America to continue its fortunate wellness trend. In the future, physicians look forward to the widespread proliferation of hybrid vaccines that protect against multiple illnesses, as well as a vaccination that is currently in development for the human immunodeficiency virus (HIV).

Today’s population lives considerably longer than previous generations due to the successful elimination of many formerly lethal illnesses. Vaccines have helped US physicians greatly improve population health. New diseases do emerge, but modern science helps physicians manage most new sicknesses. By working with other nations to reduce and eliminate illnesses, the United States indirectly improves population health for its own residents. However, funding and limited patient access continue to slow work that improves health for the global population.

At Regis, we give you more pathways to pursue your goals in healthcare administration. As a dedicated leader of health administration education, we welcome ambition-driven, self-motivated professionals like you from all health care settings. Gain special insight into areas like management, communications, health informatics, and health policy through our Online Master of Health Administration.