Learn More About a Career as an Epidemiologist 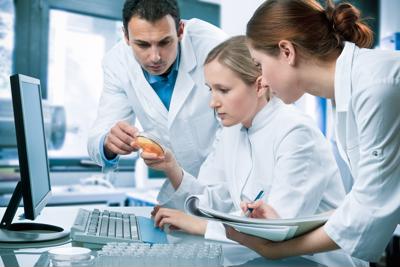 While much advancement has been made in reducing the occurrence of rare and common diseases, they remain an all too common part of life. Based on the most recent figures available from the Centers for Disease Control and Prevention, over 3.7 million Americans went to the emergency room for treatment related to infectious, bacterial and parasitic diseases in 2017 and more than 15.5 million individuals in the U.S. sought infectious disease care from physicians in office settings. Literally ranging from A (Acanthamoeba keratitis) to Z (Zika), many of these diseases remain mysteries in terms of how to best treat them and their origins. Others that were once death sentences are today fully curable and treatable. These strides stem in large part to advances in modern medicine, stronger public health programs, and dedicated epidemiologists whose hard work and commitment to understanding diseases at the molecular level have helped save hundreds of millions of lives worldwide.

Epidemiology is a vast and expanding field in the public health discipline. With a Master of Public Health from Regis College, you can pursue this line of work and turn your passion for health, investigation, and research into a fulfilling career. What’s more, you can obtain the certification and MPH designation in epidemiology through coursework that can be completed entirely online in as little as seven semesters, which is a mere fraction of the number required for a medical degree. The Regis online Master of Public Health program can put you on the fast track to a successful career.

What do epidemiologists typically do on a daily basis?

Before detailing the specific ways in which to pursue a career as an epidemiologist, it’s helpful to understand what epidemiologists actually do in the average workday. Overall, epidemiologists typically examine the litany of patterns, causes, and behaviors of diseases that affect humans. As previously referenced, there are literally thousands of diseases, so to confine their focus, epidemiologists will often specialize in certain types of disease. For example, autoimmune, chronic, infectious, or diseases that primarily impact people who are young, in their senior years or who may be more vulnerable to diseases due to family history or ethnicity. Indeed, they may examine the how and why these identifying factors play a role in contracting disease. For instance, according to the National Institutes of Health, African Americans are close to two times more likely to develop Type 2 diabetes over the course of their lives than white Americans. To better discover why this may be the case and work toward better treatments or cures, epidemiologists work alongside other health professionals and researchers.

Epidemiologists study more than just diseases, however. Depending on their specialty, they may also examine the why and where injuries occur in work settings (occupational health), sports or the general environment. This may require partnering with health practitioners whose specialty makes them key contributors to gain more understanding or access, such as behavioral therapists, surgeons, or podiatrists.

Here are a few other duties and functions epidemiologists assume, as detailed by the Bureau of Labor Statistics:

In what environments do epidemiologists typically work?

As might be expected, epidemiologists perform their research, tests, and fieldwork in a variety of settings in the public and private sectors. Mostly, however, they work in the public sector, specifically the federal state and local governments. Some of the largest government-based employers of epidemiologists include the CDC and the Food and Drug Administration.

According to the BLS, 36% of epidemiologists in 2018 were employed by the state in 2018, not including educational and hospital facilities. An additional 18% worked in local government capacities. Roughly 15% in 2018 labored in the academic sphere, mainly colleges and universities. Another 14% performed their professional duties on behalf of public and privately held hospitals and 8% for organizations devoted to scientific research. The National Science Foundation, American Association for the Advancement of Science and the Howard Hughes Medical Institute are all organizations that employ epidemiologists and contribute to research that helps to further epidemiologists’ understanding of diseases, conditions or infections. 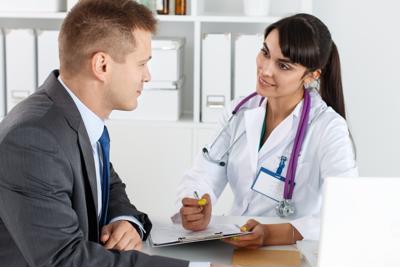 No. While epidemiologists study and investigate the causes and sources of diseases in much the same way as medical doctors, they’re not considered actual physicians. Perhaps the biggest reason why is treatment. Generally speaking, epidemiologists do not perform physical examinations on patients, determine diagnoses, or prescribe certain medications. Their energies are largely devoted to the “backstage” area of medicine, in terms of discovering the root cause of pathogens or why medicines work as they do. They may counsel with medical doctors and provide them with information that can provide patients with better ongoing care but their work is designed to enhance understanding about the conditions that affect patients more than it is to actually treat them. They also focus on disease trends and why, for example, they may be more prevalent in certain parts of the world.  However, epidemiologists who focus on highly specialized areas of the field may need medical degrees.

How do you become an epidemiologist?

Education is the most important component of a prospective epidemiologist’s journey. At the very least, a career in this field necessitates a master’s degree from an accredited college or university. Most are specific to public health. At Regis College, the masters of public health program has two concentrations: epidemiology and health policy and management. While the latter focuses on the execution and implementation of health-related policies, epidemiology is more analysis-based, the fruits of which can eventually translate into health policy and management.

Regis is fully accredited by the New England Commission of Higher Education (formerly known as the Commission on Institutions of Higher Education of the New England Association of Schools and Colleges). The robust online curriculum available through the Regis School of Health Sciences will prepare them for the duties and responsibilities they’re tasked with in settings such as government, hospitals, medical foundations, and large employers such as the Centers for Disease Control and Prevention (CDC).

In addition to the hard skills that are developed through academic programs and curriculum, epidemiologists must possess a variety of soft skills. As noted by the BLS, the ability to communicate clearly and concisely is one such core characteristic. An epidemiologist needs to be able to present ideas and findings orally and in written formats so other health professionals and policy makers can interpret them in ways that will better inform the general public. This requires attention to detail and an ability to simplify complex concepts so anyone can understand them.

Critical thinking is another important quality for epidemiologists to master. Understanding diseases and their origins requires a great deal of investigation and inquiry. Pouring over data and assessing the results allows epidemiologists to make key decisions about how to approach developing a cure or designing programs that can enhance public awareness to a disease that may be unfamiliar or increasing in prevalence.

Problem-solving, analytical aptitude and instruction-related capabilities are other soft skills that can enhance success as an epidemiologist.

How much does an epidemiologist earn in salary?

Year after year, those who work in the health and medical field are among the most well compensated. The average epidemiologist in 2018 earned roughly $66,660 annually, according to the BLS. That’s the equivalent of around $33.50 per hour. They can easily make a six-figure salary, as the top 10% made over $112,600 in 2018, most of whom were employed by scientific research and development organizations.

The field of epidemiology is filled with opportunities to enhance learning and make key insights that change lives. Regis College can prepare you for it today through online curriculum that fits around your schedule. To learn more about the online Master of Public Health and the other careers you can pursue with a graduate degree, contact us today.

The Ultimate Guide to Immunization