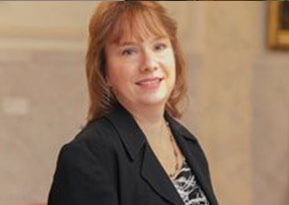 Dr. Crowley’s career began in the labor and delivery/postpartum division where she worked as a registered nurse for eight years. She then earned her master’s degree in nursing along with her Adult and Women’s Health Nurse Practitioner certification. For more than 20 years Dr. Crowley has continued to practice in this role while actively precepting nurse practitioner students. She is responsible for recruiting and selecting scholars, matching faculty advisors and mentors, advising, reporting, and coordinating leadership opportunities and presentations for scholars.

She joined Regis College in 1998 in the adjunct faculty role and now serves as associate professor. Dr. Crowley’s passion for the nursing field led her to receive a Doctor of Nursing Practice degree and take on a leadership role as co-coordinator of the nurse practitioner (NP) program. Soon after that she assumed the directorship of the Doctor of Nursing Practice (DNP) program, and then she stepped into the associate dean of graduate nursing position. For the past year she was functioning as the associate dean of online graduate nursing.

Dr. Crowley has been instrumental in developing programs and increasing the rigor of current programs to support Regis’ strategic plan and the School of Nursing’s priorities. She designed and implemented the women’s health nurse practitioner track at Regis while also developing the Bachelor of Science in Nursing to Doctorate of Nursing Practice (BSN-DNP) program, and is currently leading the newly launched online graduate nursing programs. Dr. Crowley was recently awarded full tenure status, earned national certification as a nurse educator, and completed a Quality Matters online teaching certificate.

She’s applying what she learned by earning this certificate by prioritizing technology use in her classroom and championing web-based preceptor/mentor tracking systems in the NP and DNP programs, web-based patient simulation in the NP program, and conversion of face-to-face classes to virtual, hybrid classes.