What Impact Does Parental Mental Health Have on Children? 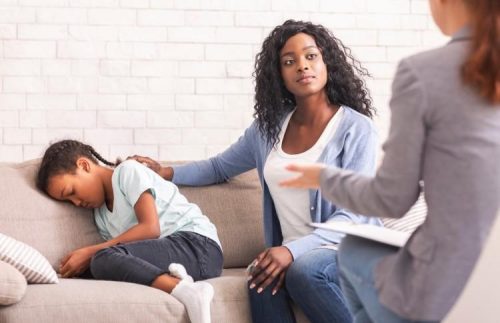 No bond is closer than the one between a parent and their child. The biological and psychological ties that bind parents and children are fundamental to a child’s physical and emotional development. Unfortunately, parenthood isn’t as idyllic as pictured on social media or in the pages of glossy parenting magazines. Furthermore, children are sensitive receptors of parental distress — which may stem from such sources as social isolation, economic hardship, divorce, or acute or chronic mental illness — and, as a result, may be vulnerable to developing mental disorders themselves.

Sadly, many children today are in the care of a parent who, at some point, will experience some degree of mental illness. This could be mild, such as intermittent depression or anxiety, or more severe, such as bipolar disorder or schizophrenia. Also, the number of households with a parent who abuses drugs or alcohol is rising, negatively impacting children. According to the American Academy of Child & Adolescent Psychiatry, parental mental illness elevates a child’s risk of developing mental illness relative to their peers, and when both parents are mentally ill, the child is even more likely to follow suit.

Just what impact does parental mental health have on children? Nicole Walters, a psychiatric mental health nurse practitioner (PMHNP) on the faculty at Regis College, discusses the role of parental mental health in children’s emotional development, how changes in society are increasing the prevalence of mental disorders among parents and children, and treatments and strategies she and other PMHNPs use to help families cope.

According to the National Alliance on Mental Illness (NAMI), 20% of U.S. adults and 17% of children ages 6 to 17 are experiencing mental illness or a mental health disorder. Most prevalent among both parents and children today are anxiety disorders (19%) and depression (7%), followed by post-traumatic stress disorder (4%). “Anxiety disorders are number one across the board, in parents and children,” explains Walters, who has counseled families in crisis as a PMHNP.

Anxiety disorders constitute the most common mental health concern in the United States, according to NAMI, with an estimated 18% of adults (about 40 million Americans) and approximately 8% of children and teenagers experiencing the negative impact of an anxiety disorder at home. While everyone has anxiety, in some individuals it can become overwhelming and interfere with daily life. Common types of anxiety disorders include:

Genetics and stress are chief among the many factors scientists believe cause anxiety disorders. In addition to outside stresses that may trigger anxiety, studies support evidence that anxiety disorders run in families.

According to the 2018 National Survey on Drug Use and Health, 7.1% of adults (about 17.3 million Americans) had experienced at least one major depressive episode in the past year. Women, who head 80% of single families with children under 18, are more than two-thirds as likely as men to experience depression, and young adults (ages 18 to 25) are 60% more likely to have depression than people age 50 or older. If left untreated, parental depression — including postpartum depression (i.e., depression that happens after having a baby) — can be devastating for individuals and their families. Causes of depression include:

Research has shown that a child whose mother suffers from depression, before or after birth, is four times more likely to develop a psychiatric disorder.

Even before the COVID-19 pandemic brought fear, social isolation, and academic and economic hardship to families across the globe, a number of factors were conspiring to hike levels of anxiety and depression among parents and children. “Our society and culture has changed so much that it’s increasing the prevalence we’re seeing in anxiety,” Walters says, adding that increasing economic inequality, substance abuse, poor nutrition and a lack of physical activity, changing communication and parenting styles, bullying and social media, and the coronavirus all contribute to rising anxiety.

Not only is COVID-19 causing physical health concerns, but it’s also having a significant impact on parental mental health, fueling a rise in stress, anxiety, and depression, among other psychological disorders. Many parents — if they’re lucky enough to still have jobs — are struggling to work from home while overseeing remote learning. Even very young children easily pick up on their parents’ uncertainty and anxiety about the current state of education and the future, which may cause them to become anxious.

Changes in family life are also to blame for the rise in anxiety, Walters contends. Time spent with technology and on social media or, prior to the pandemic, rushing from activity to activity means “You don’t ever see a kid doing absolutely nothing anymore,” Walters points out. “They always have an iPad or phone [in hand].” Time spent on these pursuits takes away from time devoted to imaginative play, an important activity for children because it promotes brain development, in particular the frontal lobe that regulates behavior. Teens, tweens, and even younger children are increasingly vulnerable to bullying or social media peer pressure, which can result in eating disorders, substance abuse, and depression.

Parenting style is yet another factor. Of the four parenting styles defined by developmental psychologist Diana Baumrind, authoritarian (aka disciplinarian) parenting — characterized by being unresponsive, setting strict rules and high expectations, and demanding blind obedience — is associated with mental illness and an increased risk for drug and alcohol abuse in children. By comparison, children raised by a parent or parents who take an authoritative approach to child-rearing –– one that combines sensitivity, warmth, limit setting and the use of positive reinforcement –– are less likely to report depression and anxiety and to exhibit antisocial behaviors.

Together, these and other factors are conspiring to make children less resilient and are hindering their ability to escape the collateral damage caused by a parent’s mental illness. The risk of developing a mental illness or mental disorder is even greater for those children with a genetic predisposition.

When Are Children Most Vulnerable?

“Research tells us that ages newborn to 5 is that fragile period for brain development,” Walters explains, adding, “Adolescence is the next big one.”

Because brain development is especially rapid during these two critical periods, children are least resilient and most vulnerable to the effects of parental mental illness. Research from the Centers for Disease Control and Prevention (CDC) shows that nationally, about 1 in 8 women experience symptoms of postpartum depression, but that ratio can be as high as 1 in 5 women depending on factors such as location, age, race, and ethnicity. As the postpartum period is critical for bonding and attachment between mother and child, it’s vital that mothers experiencing postpartum depression receive treatment.

Fathers — especially younger ones, those with a history of depression, and the financially stressed — are also vulnerable to depression. A study cited by the CDC found about 4% of fathers experience depression in a child’s first year, with another 1 in 5 suffering from depression by a child’s 12th birthday.

While being a teenager has never been considered easy, relatively new stressors — including social media, online bullying, and the rise in unstable family situations — are making this period especially hard for some teens to navigate. According to NAMI, the U.S. suicide rate is up 31% since 2001, and suicide is the second-leading cause of death for those between the ages of 10 and 34. Also, lesbian, gay, and bisexual youths are four times more likely than their heterosexual peers to attempt suicide.

The Impact of Epigenetics on Children’s Mental Health

Building on the interplay of genetics and environment is epigenetics, a new and growing field that Walters likes to highlight with her clients. In the field of psychology, epigenetics is the study of changes in the expression of genes that aren’t the result of alterations to the genetic code. Epigenetics addresses how changes in generational behaviors influence personalities and new behaviors, as well as biological mechanisms, and can change the way genes are expressed.

Its effect can be seen in Walters’ example of three generations of a family headed by a grandfather with an irate temper prone to angry outbursts. His daughter learns a different coping mechanism and doesn’t exhibit her father’s angry behavior. The “anger gene” is thereby expressed differently in her personality to the extent where not only is she modeling a different behavior for her son, but her son is also less likely to become prone to anger because his mother has prevented the gene’s expression.

Walters’ example is encouraging because it demonstrates how parental interventions such as changing harmful behaviors can prevent negative outcomes for future generations.

As the nation’s largest group of health care providers, nurses play an outsized role in tending to patients’ physical and emotional health. PMHNPs are advanced practice registered nurses who specialize in providing mental health services to patients. Like Walters, these specialized nurses diagnose and treat patients in their practices. Treatments for common mental health conditions such as anxiety disorders and depression include:

The United States is facing a shortage of qualified professionals trained to treat its growing mental health needs, according to the American Psychiatric Nurses Association. As such, psychiatric mental health nurse practitioners are in high demand to treat the estimated 56 million Americans with mental illness or substance abuse. The U.S. Bureau of Labor Statistics estimates the employment of advanced practice nurses, including PMHNPs, will grow 45% between 2019 and 2029, much faster than the average for all professions (4%).

Nurses looking to advance their careers and address the critical need to provide care to adults, children, and families should explore the online Master of Science in Nursing from Regis College.