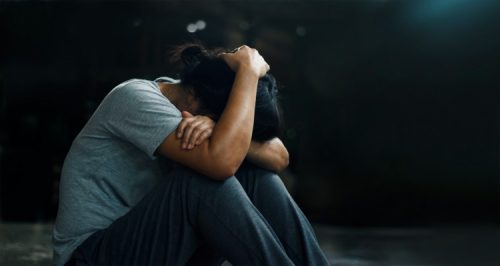 The U.S. Department of Veterans Affairs (VA) states that, over the course of their lives, “about 7 or 8 out of every 100 people” will have post-traumatic stress disorder, or PTSD. This disorder is diagnosed after an individual experiences PTSD symptoms for at least one month after a traumatic event, the Anxiety and Depression Association of America notes.

Despite PTSD’s prevalence among the public, it remains a frequently misunderstood condition. PTSD is often associated with individuals who have been subject to serious danger or violence, such as those who have served in the military, been a victim of a sexual attack or assault, or have experienced some sort of emergency or disaster. However, anyone who has personally witnessed or experienced a traumatic event can suffer PTSD symptoms. Because the condition can be misinterpreted, those with PTSD or PTSD symptoms may not be aware of it.An individual with PTSD symptoms can be helped with proper treatment and counseling. This is why it’s important that individuals, as well as health practitioners, understand PTSD and its symptoms, as well as the treatment options available to those who may be experiencing this condition.

What Is Integrative Health Education and PTSD?

Integrative health, or integrative medicine, is an approach that uses multiple types of care, including “mental, emotional, functional, spiritual, social, and community aspects—and treating the whole person rather than, for example, one organ system,” according to the National Center for Complementary and Integrative Health. For example, a person diagnosed with cancer may undergo more treatment, such as meditation, in addition to chemotherapy. For individuals who have been diagnosed with PTSD, integrative health approaches can be used to further address and sustain symptoms. According to the Anxiety and Depression Association of America, these symptoms can include reexperiencing the trauma through bad memories; people or situations that are  triggers; and difficulty with sleeping and concentrating.

Therapy and counseling are common practices that are used in an integrative health approach to treating PTSD. These practices are often effective, as they allow individuals with PTSD to understand their trauma and why it’s afflicting them and their mental health in a certain way.

The Mayo Clinic describes three different types of psychotherapy that can be used in PTSD treatment: cognitive therapy, exposure therapy, and eye movement desensitization and reprocessing (EMDR). Cognitive therapy involves helping individuals with PTSD to understand the cognitive patterns that may influence their thinking. “In general, there’s little risk in getting cognitive behavioral therapy. But you may feel emotionally uncomfortable at times,” The Mayo Clinic notes. “This is because CBT [cognitive behavioral therapy] can cause you to explore painful feelings, emotions and experiences. You may cry, get upset or feel angry during a challenging session. You may also feel physically drained.”

Exposure therapy is a form of cognitive therapy that involves patients confronting their personal fear or trauma in some way. This can include interacting with a feared object and imagining or mentally recreating a traumatic scenario, as noted by the American Psychological Association (APA). Exposure therapy can help individuals to manage their PTSD symptoms and emotionally process their experience and trauma.According to the APA, EMDR therapy is “a structured therapy that encourages the patient to briefly focus on the trauma memory while simultaneously experiencing bilateral stimulation (typically eye movements).” This can help to reduce the prevalence and intensity of negative memories.

Medications can be another component of a successful integrative health approach to treating PTSD. The VA states that four different medications are recommended to treat individuals with PTSD. These medications are either selective serotonin reuptake inhibitors (SSRIs) or serotonin-norepinephrine reuptake inhibitors (SNRIs). Both types increase levels of serotonin: a neurotransmitter often associated with positive feelings. SNRIs, though, also increase levels of the neurotransmitter known as norepinephrine.

The medications themselves are sertraline, paroxetine, fluoxetine, and venlafaxine. Individuals’ unique experiences with PTSD will impact which medications work for them. Individuals with PTSD or PTSD symptoms should contact a mental health practitioner to discuss if a certain medication may be of benefit to them.

Integrative health is a holistic practice in which overall health and wellness are embraced, rather than a particular condition or symptom being treated with one approach. In this holistic treatment, yoga has been thought of by some to be an effective complementary approach to treating PTSD symptoms.Interviewed in an article for the VA, clinical research psychologist Dr. Louanne Davis noted that even though there’s currently not much research on yoga’s benefits in treating PTSD, the practice itself can still help to reduce symptoms. “Yoga is very meditative and emphasizes being aware or mindful of your breathing and how your body feels moment to moment. This type of practice stimulates the calming branch of the nervous system and helps to reduce the hyperarousal that is one of the symptoms of PTSD,” Dr. Davis said. For example, individuals may have recurring intrusive thoughts regarding a violent trauma they experienced or witnessed. Yoga’s emphasis on mindfulness, focus, and relaxation can help those individuals to manage their cognitive processes and reactions to such feelings. While yoga has proven to be beneficial in some individuals with PTSD symptoms, it’s not necessarily an effective means of replacing other PTSD treatments, such as therapy or medication. However, the positive benefits associated with yoga make it effective in treating PTSD in conjunction with other approaches.

One component of yoga is deep breathing, which is used to generate a sense of calm. Even for those who don’t practice yoga, deep breathing can still be a beneficial integrative health approach to treating PTSD. According to the VA, deep breathing can help veterans “cope with the stress from these events. Symptoms such as anxiety, ‘panic’ or feeling ‘stuck in alarm mode’ often respond well to deep breathing.”Of the many types of meditation, one that can help individuals with PTSD is mindfulness meditation. This type “teaches participants to orient their attention to the present with curiosity, openness, and acceptance. Experiencing the present moment non-judgmentally and openly may encourage practitioners to approach rather than avoid distressing thoughts and feelings, which may reduce cognitive distortions and avoidance,” according to an article published in the journal Clinical Psychology Review. As an example, a person with PTSD may experience flashbacks of the trauma or negative event. The person’s first reaction may be to avoid that flashback or the recurring memories of that trauma. Meditation can be helpful in approaching and confronting the flashback and distressing feelings, helping to reduce their negative impact. According to the Clinical Psychology Review article, present-orientation and mantra-based meditation are other types of meditation that can help alleviate PTSD symptoms. Because meditation involves maintaining attention and prioritizing relaxation, it can be helpful in addressing many PTSD symptoms — although meditation and deep breathing themselves aren’t necessarily replacements for other PTSD treatments.

As with yoga, physical exercise can be a complementary integrative health approach to treating PTSD in addition to other treatments, such as therapy and medication. A recent meta-analysis by the journal Frontiers in Psychiatry concluded  that “aerobic exercise may also reduce PTSD symptomatology across a variety of populations providing evidence for the clinical utility of exercise as a form of treatment … in the absence of medical contraindications for exercise, providers for patients with PTSD may consider prescribing aerobic exercise.”

The journal also noted that the mechanisms behind aerobic exercise that generate benefits that can help to address PTSD are unknown. However, the well-known mental benefits of such exercise may play a role in alleviating certain PTSD symptoms. For example, exercise can positively impact neurotransmitters such as serotonin, similar to how addressing serotonin levels is a key goal and effect of PTSD medications.

Just as PTSD can impact people in different ways, there’s no single approach or best solution to helping someone with PTSD symptoms. For one individual, a mix of therapy and meditation may be the best combination to treat PTSD. For another, it may include a mixture of medication, therapy, and other complementary treatments.

One commonality that exists among many individuals whose lives are impacted by PTSD is that the condition can have a negative impact on their lives if not treated. Individuals with PTSD or PTSD symptoms should contact a mental health practitioner and see if the aforementioned integrative health approaches may be beneficial in helping to improve their health and their lives.