Why Is Health Promotion Important?

Noncommunicable diseases affect a large portion of the global population. These conditions account for 71% of all deaths worldwide, killing an estimated 41 million people annually, according to research from the World Health Organization. Despite the development and deployment of cutting-edge medical treatments and technology, these illnesses survive, wreaking havoc the world over. 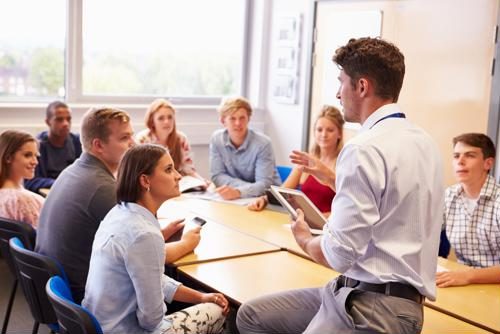 However, there are many in the health care field attempting to change this through specialized public health programs. While these initiatives center on actual clinical solutions, they also include educational components designed to equip individuals with the knowledge they need to reduce the risk of developing noncommunicable conditions. These activities fall under the population health subfield of health promotion.

Specially trained public health professionals lead such efforts, leveraging medical know-how and leadership experience to develop, deploy, and manage educational initiatives meant to improve clinical outcomes and prevent the spread of disease. This niche is ideal for individuals who might already work in health care but are interested in moving into more prominent positions that offer them the opportunity to maximize their impact.

After learning about the field, it’s not difficult to understand why health promotion is important. Students who are pursuing an online Master of Public Health program can benefit from becoming familiar with the field, its history, and the specific skills and experience that facilitate success.

What Is Health Promotion?

Health promotion involves the implementation of specific measures that help individuals exercise more control over and improve their health. It’s focused on addressing and preventing the root causes of illness, rather than focusing solely on treatment and cure.

The Origins of Public Health Promotion

Physicians have long linked public education and awareness to disease occurrence, according to research published in the Indian Journal of Community Medicine. Even before the germ theory overtook the miasma movement, which attributed the development of disease to offensive odor or vapor, physicians understood that poverty, lack of education, and other roadblocks to health consciousness contributed to the spread of illness. As far back as the sixth century B.C., medical experts attempted to enlighten the public, according to an article published in Health Promotion International.

The History of Public Health Promotion

In 1945, health promotion emerged as a formalized subfield. Medical historian Henry Sigerist is credited with creating the concept, which he included as one of the four primary tasks he thought doctors and other health care professionals should address: health promotion, disease prevention, healing, and rehabilitation. On November 21, 1986, more than 40 years after Sigerist introduced the idea of health promotion, doctors from across the globe convened in Ottawa, Ontario, for the first International Conference on Health Promotion, according to the WHO. During the event, attendees drafted the Ottawa Charter for Health Promotion, which called for health care organizations and physicians everywhere to head off disease via proactive educational activities. In the eight conferences following the inaugural event, attendees reaffirmed this effort through additional charters.

Today, the WHO and other nongovernmental agencies lead the most visible health promotion efforts, most of which center on three primary concepts:

Health Promotion Initiatives Can Both Save Lives and Be Cost-Effective

Health promotion is important, not only in terms of alleviating the burden of disease but also in laying the groundwork for societal growth. Not only that, these initiatives can be cost-effective. In a 2018 report, the WHO estimated that priority interventions for noncommunicable disease prevention and control would yield a return of at least $7 for every $1 invested by 2030. That estimate took into account the fact that preventing deaths from noncommunicable diseases would increase the workforce, which would contribute to economic growth.

With more health care entities embracing health promotion, the importance of health promotion is reflected in the growing demand for the individuals who lead such efforts. According to the U.S. Bureau of Labor Statistics (BLS), employment of health educators and community health workers will grow by 13% between 2019 and 2029, which is significantly faster than the 4% projected job growth in all occupations. The time is right for health care professionals pursuing such roles to begin their journeys to the health promotion field. How can they get there?

Individuals leading health promotion programs must possess versatile skill sets that include a number of critical competencies, including clinical expertise, social science knowledge, and data collection and analysis capabilities. Additionally, because many of the professionals in this subfield work in communities and often interact with patients, communication skills are essential. For those in top-level executive positions that skew toward planning, coordination, and relationship building, managerial and leadership abilities are necessary. Health promotion experts who function in academic settings may need teaching experience, along with the proper licensing, to function effectively.

Specific examples of health promotion careers are highlighted below.

Health education specialists promote wellness by teaching people about healthy behaviors. They have responsibilities such as assessing the health needs of a community, developing programs on specific topics in health, and evaluating the effectiveness of health programs. According to May 2020 data from the BLS, the median annual salary for health education specialists was $56,500.

A Degree in Public Health Provides a Good Foundation

How can health care professionals get the skills and experience they need to move into such roles? Pursuing an MPH degree is one of the best solutions. Why? The credential is considered a prerequisite for health promotion executives and gives those with little practical experience in the field the opportunity to quickly bolster their resumes. However, traditional full-time master’s programs aren’t a good fit for most working health care professionals, most of whom can’t afford to sacrifice their careers and personal lives to go back to school. Luckily, there’s a viable alternative: an online MPH degree program.

Explore the Benefits of a Master in Public Health

Health promotion is an important career path that enables individuals to make significant contributions to society. Individuals who are interested in pursuing a health promotion career can explore Regis College’s online Master of Public Health program to learn how the program can equip them with the appropriate knowledge and skills. Get started on a rewarding career in health promotion today.

Is an MPH Degree Worth It?

What Can I Do After Earning an MPH?

U.S. Centers for Disease Control and Prevention, The Power of Prevention

X
Discover Regis
This will only take a moment.
X