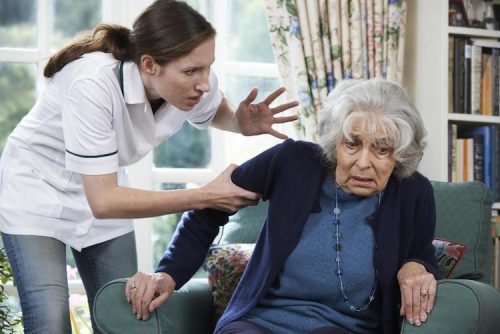 According to the Pew Research Center, based on 2016 data from the United States Census Bureau, there are an estimated 74 million baby boomers, individuals born between 1946 and 1964. While the younger members of this generation are in their late 50s and early 60s, it’s possible they will require the care and attention of nursing homes at some point later in their lives.

Elderly individuals and their families can pay a lot of money for the care and attention these facilities provide. In 2018, the national median monthly cost of a semi-private room at a nursing home was $7,441, and the cost of a private room was $8,365, according to the Genworth Cost of Care Survey. But not every nursing home patient is receiving adequate care, as there have been many reports of nursing home abuse.

In addition to physical abuse, such as hitting someone or striking someone with an object, nursing home abuse includes physical or chemical restraints, aggressiveness or threats, and any other intentional malicious action that threatens or harms a resident. A similar issue is nursing home neglect—when caretakers intentionally do not provide elderly individuals with the health or mental services that they need, such as not giving residents regular baths or not keeping them hydrated.

Nursing home abuse and neglect are serious issues, but they are difficult to address. Elderly individuals may not know they are being abused or neglected, or they may not feel comfortable or safe telling their family members about their negative experiences. Nursing home staff members may also threaten elderly individuals in an attempt to dissuade them from sharing their negative experiences. When patients do share these experiences, it’s also possible that their loved ones won’t believe them. Despite the complexity of nursing home abuse, there are ways in which dedicated nursing professionals and the public at large can help.

Before understanding how we can address nursing home abuse, it’s important to realize the scale of this issue on a national level.

Elderly and Nursing Home Abuse across the U.S. and the World

● One in 10 Americans ages 60 and above have experienced elder abuse. [National Council on Aging]

According to the National Council on Aging (NCOA), by some estimates, as many as 5 million elderly people are abused each year. It’s hard to say exactly, as many elder abuse cases likely go unreported.

Dementia and Alzheimer’s disease are examples of mental impairment.

● Two in three nursing home staff members reported they had committed abuse in the past year. [World Health Organization]

This was based on a 2017 study that looked at findings of different studies conducted in 28 countries.

● The most prevalent type of nursing home abuse was psychological. [World Health Organization]

● Welts and wounds, physical pain and soreness, and increased risk of premature death are among the most probable physical effects of elder abuse. [Centers for Disease Control and Prevention]

Among the psychological effects are increased risks for developing fear and anxiety, a sense of helplessness, and post-traumatic stress disorder, the CDC reports.

Examples of financial abuse include the theft of money or checks, the changing of a name on a bank account, and the forging of a signature on an official document, such as a will.

Nursing home staff, physicians, and other health professionals can commit this fraud. It can include charging a patient twice for a procedure, falsifying claims, and even billing for services or care that wasn’t provided.

WHO reports that the number of people 60 years of age and older will more than double by 2050. “If the proportion of elder abuse victims remains constant, the number of victims will increase rapidly due to population ageing, growing to 320 million victims by 2050.”

Nursing home patients may tell their families and loved ones that they are being abused. Other patients might not reveal instances of abuse or the extent to which they have been abused by nursing home staff. Here are signs and symptoms of nursing home abuse.

The National Institute on Aging notes that signs of nursing home abuse include depression and confusion, agitation, lack of interest in activities they commonly enjoy, and withdrawal from relationships and groups.

When visiting someone at a nursing home, family members or loved ones might notice that the patient has lost weight despite no reported change in diet or increase in physical activity. This can be a sign of nursing home abuse, as the patient may not be receiving enough food or the proper type of food at his or her facility.

Does a nursing home patient look like he or she has had a shower or bath recently? Are the patient’s clothes clean? Do the patient’s sleeping and living conditions look sanitary? If not, this could be a sign of nursing home abuse, according to the National Institute on Aging.

Does a patient have unexplained bruises on his or her body? Does the patient have infections that appear to be easily treatable or preventable? These can be signs of nursing home abuse.

Sometimes, when family members or friends check in on a loved one at a nursing home, they discover that the patient’s medication types or levels have suddenly changed, even though the family was not notified. This can be a type of nursing home abuse.

It’s hard to address nursing home abuse for many reasons. Some families and friends of patients may not believe the patients when they claim they have been abused. Patients themselves may not be aware that they have been abused, and staff members may threaten them to prevent them from speaking about abuse. Some abused patients may choose to not speak or reveal their experiences.

Still, there are methods and approaches that nursing home patients and their loved ones can take to prevent and address nursing home abuse.

Tips and Resources for Patients to Address Nursing Home Abuse

For some nursing home patients, calling up a loved one and announcing they have been abused is not easy. Patients can suffer from mental health conditions, such as dementia and Alzheimer’s, and forget or misbelieve they have been or are being abused in the first place.

Patients can help address nursing home abuse by understanding the different types of abuse that exist. It isn’t just being physically struck by a staff member—it also includes verbal intimidation or threats, psychological abuse, financial or health abuse, and neglect. Before living in a nursing home, potential patients should be informed of a specific nursing home’s policies, the services the home should be consistently providing, and what patients are not allowed to do.

Patients can express specific concerns about abuse to staff members. Additionally, patients can convey their concerns to social workers, nursing directors, administrators, and doctors, according to Medicare.gov. The website also notes that the contact information for the state survey agency, state licensure office, state ombudsman program, Protection and Advocacy Network, and Medicaid Fraud Control Unit must be available or posted clearly if it is a Medicare- or Medicaid-operated facility. If patients have concerns they feel haven’t been addressed, they can reach out to their long-term care ombudsman or state survey agency, according to Medicare.gov.

There are resources for patients when addressing nursing home abuse, but it’s important to remember that these individuals may not be aware of certain means of reporting abuse, may be intimidated or threatened by nursing home staff members, and may not be aware that they have been abused at all.

Friends and family members of nursing home patients can address nursing home abuse by regularly checking in with their loved ones or visiting them to see if they exhibit signs or symptoms of any kind of nursing home abuse. This can include looking for any noticeable signs of physical abuse, asking them if there are certain staff members they like or dislike, and asking them if they have gone on a higher or lower dosage of their medications to keep track of potential or future abuses. It is also beneficial for friends and family members to be aware of whether other patients have potentially been abused.

If there is suspicion or a claim of nursing home abuse, friends and family members can notify a senior official within the nursing home. Additionally, they can utilize the resources of the U.S. Administration on Aging’s Eldercare Locator, which provides information regarding abuse prevention and reporting, legal assistance, and a long-term care (LTC) ombudsman program.

According to an article in Nursing Open, nursing home staff members can benefit from openly communicating with patients to ensure that the services or care they are providing is helping to address their needs. They can also benefit from being aware of potential communication issues that might emerge when treating a patient, such as someone with dementia or Alzheimer’s who can’t speak clearly or coherently.

Effective communication can reduce both nursing home abuse and claims of nursing home abuse, as it allows staff members to learn a specific patient’s boundaries and, in turn, respect them during treatment. Just as patients and family members need to be aware of the potential for abuse, nursing home workers need to understand if their actions can be construed as abuse.

But nursing home staff members who identify and report abuse can still face challenges. “For example, although frontline staff are aptly placed to report concerns, reporting may lead to the staff member being ostracized, demoted, scapegoated, or even resigning over the negative responses,” according to an article in Dove Press. “Policy needs to foster disclosure of poor care and ensure that this is within a culture of non-victimization and appropriate, timely response follow-ups.

It is also useful for nursing home staff members to increase their knowledge and refine their skill sets as they progress within a facility. Respondents to a Nursing Open study noted that many nursing home abuse issues can be tackled or prevented early on if staff members are aware of a patient’s desire for autonomy or personal boundaries when the individual is first introduced to the facility or certain staff members. “By taking cues from residents at an early stage, it is reasonable to believe that conflicts and abuse can be more easily avoided.”