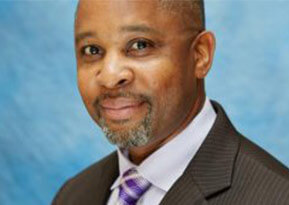 Frazier B. Beatty, PhD, MPH, CHES is a public health professional with a diverse background in online education. He has a combination of over 20 years of educational training and educational management experience. He also has over 20 years of experience conducting research and using best-practice approaches and data to improve student academic programs. Dr. Beatty has worked for state and federal government agencies, including the University of North Carolina at Chapel Hill and the U.S. Food and Drug Administration. His research interests include using Telehealth to address HIV and other infectious diseases. Dr. Beatty has been teaching Public Health online since 2010 and also mentoring PhD students since 2012.

Tor-Anyiin, A., Beatty,F.B., and Salandy, S.W, (2018). Difference in Adherence to Anti-Retroviral Therapy Between Adolescents and Young Adults in Rural and Urban Settings in Nigeria. European Journal of Tropical Medicine and International Health

Beatty, F. B. “Why Develop a Worksite Wellness Program and How To Do It” Presented at South Carolina Department of Health and Environmental Control, November, 23, 2009.