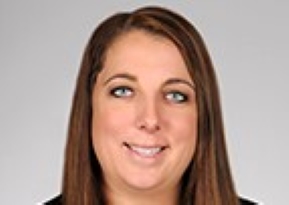 Dr. Brooke Hamilton has been a nurse for 11 years and has been a practicing Pediatric Nurse Practitioner since 2014. She received her BSN, Master’s, and DNP degrees from the Medical University of South Carolina. Her DNP program was entirely online, so she has experience as an online learner as well. Prior to going into the nursing field she received a dual bachelor’s degree in anthropology and psychology and spent several years working in the non-profit field.

As an RN, Dr. Hamilton worked entirely in pediatrics. She spent 2 years in the pediatric emergency room followed by 2 years in the pediatric cardiac step-down unit. Since receiving her DNP in pediatrics, Dr. Hamilton has been working in primary care pediatrics. In addition to her role as Program Director of the PNP programs at Regis College, Dr. Hamilton currently works as a PNP at Medical University of South Carolina Children’s Health. This practice is a primary care medical home model and is comprised of 80% Hispanic patients. She is fluent in Spanish and spends most of her day communicating in her second language with patients.