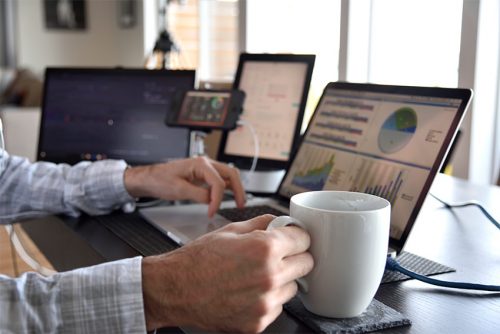 Millions of people worldwide suffer from illness, despite the existence of advanced medical technology. Non-communicable conditions constitute 6 of the 10 most common causes of death, according to the World Health Organization. The most common fatal condition, ischaemic heart disease, took more than 15 million lives in 2015 alone. In many cases, these issues disproportionately affect the poor who have limited access to health care services. This state of affairs necessitates innovative, data-backed public health solutions. Those in the field of epidemiology are responsible for developing and deploying such strategies through intensive field research.

This area of study is an ideal fit for individuals already in health care who wish to ascend the professional ranks and move into impactful leadership roles. A significant number of the graduates of the online Master of Public Health degree program at Regis College do just that, leveraging their multifaceted skill sets to enter the field of epidemiology and cultivate fulfilling careers. What can health care professionals looking to follow this pathway expect? Here are some insights into the ever-growing field:

Epidemiology dates to 400 B.C., when Greek physician Hippocrates attempted to pinpoint and dissect the sources of common ailments in his seminal essay “On Waters, Airs and Places,” according to the U.S. Centers for Disease Control and Prevention. The field continued to progress over the next 2,000 years. Then, in 1662, London Councilman John Graunt commissioned and published an analysis of metropolitan mortality data — the first known piece of epidemiological research.

William Farr, a renowned British epidemiologist and biostatistical innovator, built off of Graunt’s work throughout the mid- to late 1800s, developing many of the data collection and review processes that would eventually form the basis for modern public health research. However, a contemporary of Farr’s, anesthesiologist John Snow, is credited with founding the profession due to his work during the cholera outbreaks in London’s Golden Square in 1854. Snow managed to track the epidemic and identify the source, a water pump, without the use of modern tools and techniques.

This work continued throughout the 20th century, during which time researchers accomplished several large-scale epidemiological achievements, including the eradication of smallpox. Over this span, a number of subfields developed, including those centered on biological terrorism and violence. Today, about 6,100 epidemiologists are working in the U.S., according to researchers for the U.S. Bureau of Labor Statistics. The profession is expanding at an annual rate of 9 percent.

Grappling with the role

Epidemiologists address disease on a large scale. However, day-to-day work unfolds in smaller increments. When the Ebola virus struck Africa in 2015, WHO epidemiologists descended on the continent and began seeking out infected individuals, reviewing every case in an effort to pinpoint commonalities. These professionals also spoke with patients’ family and friends, both raising awareness and searching for other potentially infected parties. Following these daily investigations, WHO epidemiologists entered their findings into shared databases to reconstruct lines of transmission and identify important disease details. Such field work is common in the profession, as these health care workers must go to the source of outbreaks to effectively address them.

Many epidemiologists also hold higher-level roles that involve fighting disease via decisive leadership and organizational oversight, according to the BLS. These professionals often manage entire public health programs, leveraging medical know-how and finely tuned executive instincts to effect change on a wide scale. Some of these epidemiologists oversee research apparatuses, while others manage overarching planning activities and work with external stakeholders to secure funding or form partnerships. These leaders in the field earn as much as $100,000 per year, according to Payscale.

Employment in epidemiology is growing. Why? There is an ever-present need for public health initiatives designed to eradicate noncommunicable diseases. A number of serious conditions continue to impact communities across the globe, most notably ischaemic heart disease, chronic obstructive pulmonary disease, cancer, diabetes, and Alzheimer’s disease. On top of this, a number of near-eradicated illnesses are materializing again, according to the CDC. For example, doctors diagnosed 350,000 cases of measles in 2011, a condition that can be easily prevented via vaccination.

Health care professionals interested in entering the field of epidemiology must pursue graduate education, as holding a master’s degree in a related arena, such as public health, is a prerequisite, according to the BLS. There are numerous MPH programs available. However, a large number of these tracks hinge upon campus-based courses. For individuals with ongoing careers and other obligations, returning to college full-time is nearly impossible.

There is another option: an online MPH degree program. These instructional tracks allow aspiring epidemiologists to gain the skills and experience they need to make an impact in the field, all without sacrificing their careers, personal lives, and financial security.

The online MPH program at Regis College can help students preserve this balance between education and other obligations. The curriculum covers essential subjects such as global and public health, epidemiology, health and society, public health policy and advocacy, and public health leadership. All of these topics are explored via 100 percent online courses.

Interested in making a difference in the field of epidemiology? Contact Regis College today to learn more about the online MPH degree program.