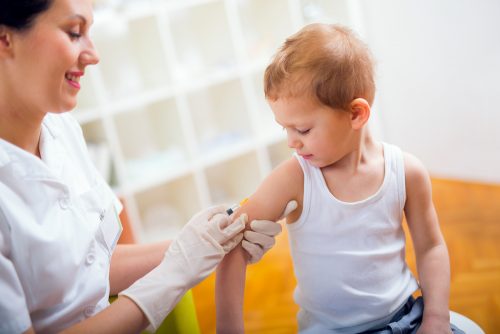 Disease prevention is an essential concern for modern public health professionals ― and for good reason. Noncommunicable diseases, which materialize as a consequence of dangerous personal behavior and are therefore preventable, kill more than 40 million people every year, accounting for approximately 71 percent of annual global deaths, according to research from the World Health Organization. This unfortunate reality has forced public health organizations to devote considerable resources to addressing the spread of NCDs and similarly preventable maladies. As a result, most of the professionals who propel public health operations focus on developing and deploying prevention programs. These initiatives normally incorporate tactical prevention strategies of three types: primary, secondary, and tertiary.

Individuals looking to cultivate careers in public health must familiarize themselves with these preventive methodologies and how groups like WHO use them to reduce the incidence of disease.

Primary prevention methods encompass field activities meant to stop the development of disease, according to the Centers for Disease Control and Prevention. Vaccination is perhaps the most well-known and effective primary preventive strategy. Vaccines have eradicated or drastically reduced the occurrence of numerous deadly conditions, including diphtheria, polio, and smallpox, analysts for the National Institute of Allergy and Infectious Diseases found. Smallpox alone killed more than 300 million people during the 20th century before WHO scientists successfully eradicated the disease via an aggressive global vaccination campaign, which came to an end in 1980.

In addition to facilitating mass immunization efforts, public health organizations pursuing primary prevention strategies propose and promote legislation designed to proscribe substances or practices known to cause health problems, according to Canada’s Institute of Work and Health. The emergence of the automobile seat restraint system is the most visible result of such primary prevention practices. During the late 1950s and early 1960s, organizations like WHO doggedly advocated for regulations requiring automotive manufacturers to install seat belts in their vehicles. The U.S. government eventually yielded to this pressure in 1968, when the National Highway Traffic Safety Administration rolled out Federal Motor Vehicle Safety Standard No. 208, which mandated the installation of seat belt assemblies. These devices have saved more than a million lives in the decades since, according to the WHO.

Education is another key facet of primary prevention. Public health groups leverage statistical data and personal anecdotes to discourage damaging personal behaviors that can lead to the development of disease. For instance, the CDC has long leveraged targeted marketing to communicate the dangers of tobacco, which takes the lives of 500,000 Americans per year, and such educational initiatives have drastically reduced the number of U.S. adults who smoke. In 2005, an estimated 20 percent of Americans regularly smoked, according to the CDC, while as of 2016, just over 15 percent maintain this dangerous habit.

Secondary prevention strategies center on actions designed to mitigate the impact of existing public health problems. Screening programs often constitute the main thrust of most secondary prevention efforts, the IWH found. Patient monitoring and testing initiatives allow public health groups to detect serious conditions in their early stages and offer treatment, a pre-emptive approach that reduces the likelihood of death. For example, the WHO and other organizations have made great strides in addressing breast cancer via various screening programs. Today, the five-year survival rate for the disease is more than 80 percent in regions where mammography services are available, due in part to the efforts of public health entities.

General wellness programs also fall into the secondary prevention category. The American Heart Association recommends cardiac rehabilitation for individuals with cardiovascular diseases, which affect one-third of U.S. adults. These initiatives include physical activity and healthy eating components that together can slow, stabilize, and sometimes reverse heart disease. In fact, the AHA claims that such programs have reduced the mortality rate by 25 percent.

Secondary prevention strategies include return-to-work programs as well. These occupational health and safety efforts often revolve around modified duty workflows, which allow previously injured employees to ease back into the workplace without immediately engaging in the activities that put them out of commission in the first place, according to the U.S. Department of Labor. Return to work programs have been shown to make a substantial impact on worker health and organizational productivity.

In the event that primary and secondary prevention efforts prove ineffective, public health professionals pursue tertiary actions and center on disease management, according to the CDC. Organizations pursuing these efforts often provide long-term rehabilitation or stabilization offerings, along with access to advanced screening services that can detect complications or worsening symptoms. Group therapy might also be included in tertiary prevention programs, as individuals dealing with serious health conditions often benefit from connecting with fellow patients. Tertiary efforts unfolding in the workplace normally feature permanent vocational transition processes, which allow employees with irreversible illnesses that prevent them from performing their pre-diagnosis job duties to take up new roles with less demanding physical or mental requirements.

Individuals pursuing careers in public health will no doubt be involved in coordinating or executing primary, secondary, and tertiary prevention strategies. Consequently, such rising professionals should consider perfecting their skill sets by enrolling in an online Master of Health degree program like the one at Regis College. This high-quality instructional track prepares future public health leaders for work in a variety of settings.

Eight foundational courses form the bedrock of the online MPH program at Regis College. These core classes cover specific subject areas critical to success in the field of public health, including:

In addition to these foundational courses, students enrolled in the program must take six to seven classes correlating to one of two available MPH concentrations: Epidemiology or Health Policy and Management. The online MPH program at Regis College closes with a field placement, during with aspiring public health professionals gain 270 hours of hands-on experience. Following graduation, online MPH degree holders can confidently enter the public health space and capably handle prevention efforts of all types.

Exploring a career as an occupational health and safety specialist

Institute of Work and Health