Taking a Look at Lyme Disease: The Rash, the Origins and Health Care’s Responsibility

View all blog posts under Master of Science in Nursing 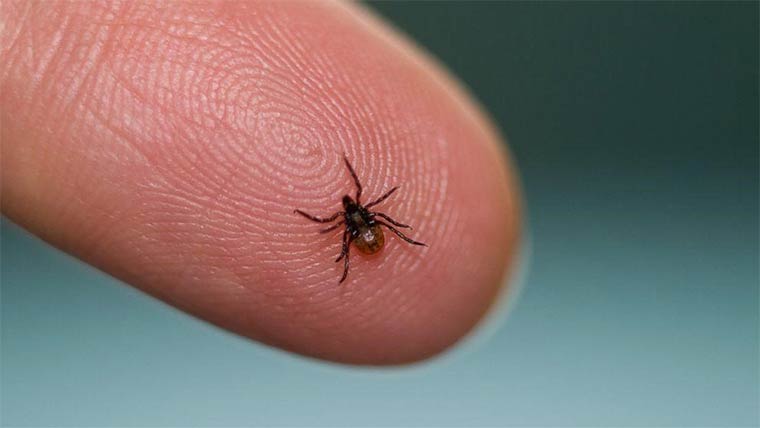 Since 1991, the Centers for Disease Control and Prevention (CDC) has monitored the population carefully for Lyme disease. [1] As mandated by law, local and state health agencies monitor and report verified instances of Lyme disease. Health officials track Lyme disease occurrences geographically using patient home addresses then report these occurrences to the CDC, which shares the data through the National Notifiable Diseases Surveillance System.

The Discovery of an Unusual Illness

In the early 1970s, a group of residents contracted unusual and debilitating symptoms. [2] Researchers named the condition after the patients’ hometown in Lyme, Connecticut.

In the United States, Lyme disease originates from the bites of two tick species; ixodes scapularis and ixodes pacificus. The ticks transmit a spiral-shaped bacterium called borrelia burgdorferi, named after the researcher who discovered the species in 1981, Dr.William Burgdorfer. [3]

When infecting a host, ticks latch on to the skin and gorge on the victim’s blood. [2] Once the bacteria enter the bloodstream, consumers affected by the bacteria may experience complications with the heart, joints, nervous, system, and skin. Fortunately, Lyme disease cannot spread from one human host to another.

The disease affects victims in three phases. First, victims will notice rashes and redness where the tick attaches. Once the bacteria enter the blood stream, victims experience issues with the nervous system and heart functions that might include paralysis and tremors.

In rare instances, a lethal condition called meningitis may occur. This condition affects the tissue surrounding the brain and spinal cord. If allowed to thrive, Lyme disease can also cause arthritis and further neurological complications. Over time, sufferers can contract symptoms that limit the sense of touch and physical movement.

Compared to other health professionals, nurses interact with patients the most, affording them many opportunities to educate consumers about Lyme disease prevention. Nurses advise consumers to seek treatment immediately if a rash that resembles a bullseye target appears on the skin. When searching for ticks, nurses advise patients to look for strange lumps and moles that change colors. To prevent Lyme disease, nurse educators advise patients to take precautionary measures in areas populated by ticks such as using bug spray and wearing long sleeve shirts and pants, as well as checking for ticks after leaving such areas.

Care providers can confirm whether a consumer has contracted Lyme disease through diagnostic trial and error. A bullseye rash indicates early infection. Care providers also consider whether the patient has recently visited an area with a large tick population. Diagnosing Lyme disease can sometimes present a challenge. In this instance, care providers may order full physical examinations and diagnostic testing to check for complications with the heart, joints, or nervous system. Sometimes, care providers may find it challenging to reconcile patient reporting with Lyme disease symptoms due to the complex nature of the bacterial infection.

Depending on the phase, care providers can cure Lyme disease with the appropriate antibiotics. Physicians can normally cure this symptom in less than two weeks. The part of the body the disease has affected also influences how care providers treat victims.

Care providers typically use axetil (ceftin), cefuroxime doxycycline (vibramycin), and oral amoxicillin (amoxil) to treat Lyme disease in early phases. If a patient allows the disease to progress, care providers may have to administer ceftriaxone (rocephin) intravenously to aid in recovery. For consumers who suffer from symptoms that continue after treatment, care providers might recommend support groups. In the past, care providers prescribed lymerixtm to prevent consumers from contracting Lyme disease. However, manufacturers removed the medicine from the market in 2002.

Prevention is the best medicine for treating Lyme disease. Duly, health officials must maintain accurate records so that they can identify repeat incidents in areas where Lyme disease occurs frequently. Using this information, community nurses educate and inform consumers about how to avoid contracting the condition and provide community clinics, homeless shelters, and park officials with informative tools to distribute to their patrons.

Family nurse practitioners play a major role in today’s health care field. The responsibilities of FNPs have evolved alongside that of physicians, which means additional opportunities, autonomy, and authority. Regis College’s online Master of Science in Nursing Family Nurse Practitioner degree can help you develop the specialized skill set you need to practice at the advanced level.