The Science of Nursing: What Is Gerontology? 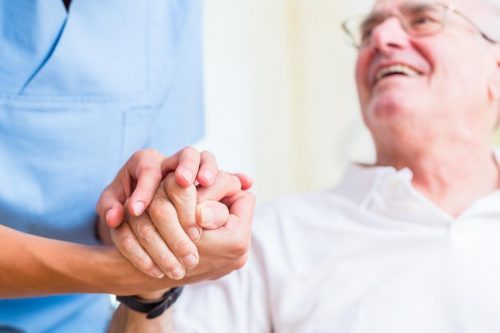 According to the U.S. Bureau of Labor Statistics, the field of nursing is projected to grow 31 percent from 2016 to 2026. One of the reasons for this growth is the older populace’s demand for health care. The science of health care for older people, or gerontology, plays a key role in meeting this demand. Students who complete an MSN gerontology curriculum can gain a better grasp on the changes people experience as they age, which can lead to improved patient outcomes.

Gerontology is the study of the aging processes and people transitioning from middle age to a later life stage. This field is not to be confused with that of geriatrics, which is the study of health and disease in older people. Physicians usually study geriatrics and oversee the health care of older patients.

Nurses who complete a gerontology program are known as gerontologists. They study the changes that aging people go through from a physical, mental, and social perspective. They also investigate the societal changes that stem from an aging populace. Gerontologists can use the information extracted from these studies to build programs and policies to accommodate older patients’ health care needs.

Ultimately, gerontologists gather and analyze data and then translate their findings into a cohesive strategy that can provide better outcomes to older patients.

When people pose the question “What is gerontology?” questions about the current landscape of gerontology usually follow. The combination of rapid change in the health care industry and an aging demographic creates a constant need for heightened research. It’s important for gerontologists to be mindful of these trends so they can be equipped to deal with the most pressing issues facing the aged population.

Gerontologists may address the following health care trends, among others:

Data mined from studying these trends could potentially form a foundation that allows health care professionals to develop new strategies for care and treatment. These developments may have the potential to shift the health care landscape in a positive direction.

The gerontology field covers a broad spectrum of care relating to an aged population. Advanced practice nurses who complete a gerontology-focused curriculum can narrow their focus within the realm of gerontology even further by concentrating on a specific aspect of the field.

For instance, gerontologists could focus on examining emotional and mental disorders that tend to manifest with age. Others may center their research on various diseases that grow in prominence with age. Those focused on social gerontology can devote their time to exploring the changes in interpersonal connections and communications among older people.

Because of the rapidly changing nature of gerontology, those entering the field must have strong skills relating to researching, analyzing, and interpreting data. They must also possess strong acumen in critical and creative thinking, problem-solving, and decision-making.

At the same time, gerontologists should have heightened interpersonal communication skills and solid moral and ethical reasoning, as well as a strong sense of empathy. This is due to the nature of the subject material and the patient demographics associated with the field.

According to the U.S. Bureau of Labor Statistics (BLS) overall demand for nurse practitioners, including gerontologists, is expected to increase by 31 percent between 2016 and 2026, which is faster than the 7 percent average growth rate for all careers.

The average nurse practitioner’s salary is $107,460, which is significantly higher than the average worker’s 2016 salary of $37,040. These advanced practice professionals work in health care settings like hospitals and clinics, but they also find employment in skilled nursing facilities, community organizations, religious facilities, and government agencies.

Gerontology is a field of nursing that’s specifically designed to produce health care solutions that can benefit an older population. By completing a gerontology curriculum, nursing students can take a vital step toward making a positive care-based impact in the rapidly changing field of health care.

The demand for gerontologist nurse practitioners, especially those who have an MSN or DNP preparation, is expected to remain high. A career in aging represents an opportunity to improve longevity and quality of life. At Regis College, the online MSN to Doctor of Nursing Practice prepares its gerontology graduates for careers in aging and for leadership roles in this valuable nursing specialization.

MSN to DNP – Sometimes It’s About the Journey

Association for Gerontology in Higher Education

Association for Gerontology in Higher Education