A Radical Behaviorism Definition: Understanding the Concept and Its Importance 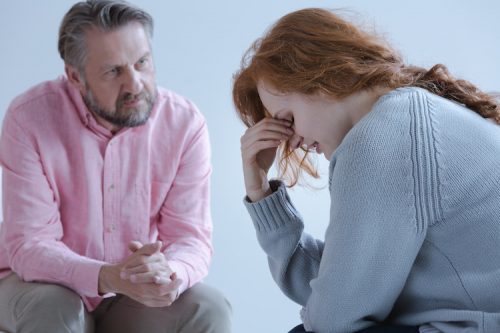 For much of modern psychology’s history, scientists and practitioners primarily focused on what a person thinks and feels. In the mid-20th century, psychologist B.F. Skinner introduced a new idea: radical behaviorism. In his radical behaviorism definition, he argued that a person’s behavior and the environmental factors that influence it are much more crucial to the fundamental understanding of a person’s psychological state.

Decades later, his ideas continue to impact mental health. Psychologists and mental health practitioners still incorporate Skinner’s studies and methodologies into their daily practice, and researchers continue to develop their own ideas and theories, with his concepts serving as a sturdy framework.

Skinner’s concept of radical behaviorism has applications in environments beyond the field of psychology. Behavioral studies and practices rooted in Skinner’s ideas can help children adjust to educational environments, improve performance and workplace satisfaction in businesses and companies, enable athletes to reach new goals on and off the field, and help people achieve greater personal fulfillment.

Behavior is fundamental to human psychology and communication. Graduates of Regis College’s online Master of Science in Applied Behavior Analysis are prepared to apply their advanced study of behavior, as well as Skinner’s radical behaviorism, to build fulfilling careers and enrich the lives of countless individuals.

In this sense, behaviors such as a person’s acting shy at a social gathering or a boss’s yelling at an employee seemingly without reason are attributed to external forces. The shy person may be accustomed to an environment of isolation. The boss may have just received an email with distressing news. According to radical behaviorism, what people think or feel, or how they act, doesn’t exist independently but rather is the result of their experiences and environments.

Although the most common definition of radical behaviorism is Skinner’s, early versions of this idea were actually introduced by other psychologists before him.

One of the earliest modern scientists to explore behavior was Ivan Pavlov, known for his “Pavlov’s dog” experiment. In that test, Pavlov developed a process of conditioning, in which he was able to make a dog associate food with the ring of a bell. When Pavlov rang the bell without food present, the dog would still salivate, simply from having been conditioned to associate the bell with food.

Pavlov’s findings about behavior were instrumental to John B. Watson, an influential psychologist who studied and experimented with behavior, and who was an early predecessor of B.F. Skinner. Watson placed more emphasis on the idea that behavior was something motivated by external events versus a person’s internal mental state, similar to how Pavlov’s dog was conditioned to salivate because of external forces.

Watson’s ideas regarding behavior eventually established the backbone of behaviorism. Even though radical behaviorism is more associated with Skinner today, the term itself was introduced and popularized by Watson. “Indeed, Skinner had used the term to describe his views in the 1930s, but in an unpublished manuscript; moreover, radical behaviorism was in use even prior to this,” Susan M. Schneider and Edward K. Morris write in The Behavior Analyst. In fact, Watson initially presented behaviorism, most notably in his 1913 essay “Psychology as a Behaviorist Views It.”

Watson explains, “Psychology as the behaviorist views it is a purely objective experimental branch of natural science. Its theoretical goal is the prediction and control of behavior. Introspection forms no essential part of its methods, nor is the scientific value of its data dependent upon the readiness with which they lend themselves to interpretation in terms of consciousness.” According to Schneider and Morris, it was Watson’s decision to not acknowledge consciousness in his behavioral theory as the element that defined the “radical” in this behaviorism in the early 20th century.

Skinner developed a process called “operant conditioning,” in which behavior is influenced by what happens after an event through positive or negative reinforcement, such as a rat’s being given a mild shock if it did not proceed in the correct way in a maze. In the late 1930s and 1940s, Skinner began to develop his own view of radical behaviorism. Schneider and Morris point out that Skinner “also described one of the most important and unique features of that philosophy for the first time-its treatment of private events.” In this sense, private events refer to a person’s thoughts or feelings, something that Watson did not believe could be studied.

As mentioned earlier, radical behaviorism’s definition stems from psychology but has many applications in day-to-day life. Applied behavior analyst, clinical supervisor, and college professor are just a few examples of occupations in which radical behaviorism may play a role.

● Applied Behavior Analyst. Applied behavior analysts work with individuals to identify certain negative behaviors and then develop strategies to change them to produce more positive outcomes. For example, an applied behavior analyst could work with a child who is being disruptive in class to identify factors that may be causing such behavior and then develop strategies to encourage acceptable participation.

These professionals could also work to help adjust the behavior of adults, such as athletes or office workers. For example, an applied behavior analyst can help identify the factors contributing to an athlete’s poor performance on the field and show him how to adjust his behavior to achieve the desired outcome. In an office, if there is an employee who is creating problems, or perhaps an employee who is struggling to meet certain benchmarks or goals, an applied behavior analyst can work with the individual to identify negative behaviors, the factors influencing those actions, and methods to achieve more suitable behaviors.

● Clinical Supervisor. Clinical supervisors oversee and work with other mental health professionals to ensure that they are providing high-quality care to patients. They could use radical behaviorism’s definition and concepts to improve how mental health practitioners are providing care by identifying potential negative behaviors, such as flaws in research abilities or bedside manner with patients, determining factors contributing to those behaviors, and then developing strategies to change such behaviors to produce more positive outcomes, thereby enabling practitioners to provide a higher level of care.

Practitioners could also use radical behaviorism techniques when treating patients. For example, if a patient says she’s feeling depressed during certain times of the day, the practitioner can help determine specific factors that are contributing to that patient’s depression, address them, and then find ways to change the patient’s behavior, with the goal of improving her mental health.

● College Professor. Professors and instructors can teach radical behaviorism in class, but they can also use it as a tool to produce more positive educational outcomes.

They can apply radical behaviorism to help increase efficiency and move toward personal goals. For example, a professor may recognize that he becomes agitated as a semester draws to a close. He could identify external factors contributing to his behavior, such as an onslaught of reports to grade or a lack of sleep due to hours spent reviewing peer research, address those factors (such as by setting a schedule for grading reports or setting aside peer review time during the day), and then follow those strategies to change his behavior and ultimately prevent agitation in the future.

Professors and administrators can also apply concepts of radical behaviorism when working with their students, as long as they are within the guidelines of their own school’s policies. For example, a professor may notice that a student is failing a writing seminar and that the student seems disinterested in the class as a whole. It may be the professor’s first instinct to cite laziness or lack of interest as the reason for the student’s poor performance. But the professor may also speak with the student to find out that he is juggling a part-time job and multiple extracurricular commitments and therefore struggling to find time to complete assignments and the energy to stay engaged in the classroom. The professor could help the student address those negative behavior factors, such as by collaborating to create a more cohesive schedule for activities, to facilitate the student’s academic success. Professors, however, should consider their college or university’s guidelines regarding conduct and communication with students before attempting to use concepts of radical behaviorism.

Radical behaviorism is a psychological concept that delves into how our environmental factors influence our state of mind. Introduced in the 20th century, the beliefs and practices of radical behaviorism are still being used today to benefit the lives of everyone, from K-12 students to superstar athletes.

Radical behaviorism’s definition and concepts, as well as applied behavior analysis, are fundamental for mental health practitioners and other professionals as they seek to help individuals reach their full potential. Regis College’s online Master of Science in Applied Behavior Analysis prepares students to use key concepts of radical behaviorism and other fundamental behavior practices to enrich and improve people’s lives. Discover how you can make a difference today.

Leadership in Applied Behavior Analysis: What Is a Clinical Director?

The Behavior Analyst, “A History of the Term Radical Behaviorism: From Watson to Skinner”

John B. Watson, “Psychology as a Behaviorist Views It”