Nursing in the USA for Foreigners 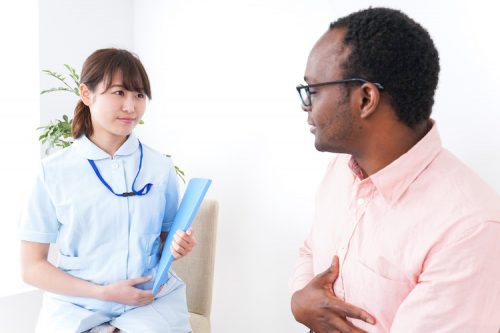 America’s workforce faces an intensifying demand for nurses. A large, aging baby boomer generation, as well as a significant number of retiring nurses, contribute to the growing need for students to enter the profession. The U.S. Bureau of Labor Statistics (BLS) projects a need for 203,700 new registered nurses (RNs) each year until 2026. However, enrollment in nursing schools is not keeping pace with these projected needs. According to the American Association of Colleges of Nursing (AACN), despite modest increases in nursing school enrollment, the numbers still fall far short.

As nursing organizations and policy makers strategize how to deal with the deficit of advanced practice nurses, nurses born and educated abroad who are working in the U.S. with active RN licenses stand to benefit from a job market in great need of their expertise. Furthermore, an online Doctor of Nursing Practice (DNP) from Regis College can expand practicing options and provide a great opportunity for nursing in the USA for foreigners.

History of Nurses from Abroad in the U.S.

The U.S. has a long history of seeking help from abroad to meet its nursing needs. In 1948 programs recruited nurses from outside the country in response to a shortage arising from significant growth in the medical sector. The recruited nurses primarily came from Europe, but that shifted in 1965 when laws favoring European immigration ended. From that point on, many nurses from Asia migrated to the U.S. These new recruits helped tackle crises like the AIDS epidemic.

By the 1980s, declining enrollment in U.S. nursing programs, along with other factors, further expanded the role of nurses from abroad in the American health care system. Filipino nurses in particular filled the needs of U.S. medical institutions, constituting 75% of the foreign nursing workforce until the mid-1980s. Their dominance began to shift, dropping to 43% by 2000, as nurses from other countries also took advantage of the opportunity to work abroad.

As nurse recruitment efforts have developed, the American Nurses Association (ANA) and other organizations in the nursing field have sought to safeguard recruited nurses’ interests as well as those of the institutions employing them. In 2008 ANA released the Voluntary Code of Ethical Conduct for the Recruitment of Foreign-Educated Nurses to the United States. By improving transparency and accountability in the recruitment process, those who drafted the code hoped to prevent unethical practices and provide peace of mind to all the stakeholders.

Today, the U.S. must confront another impending nurse shortage. The 690,000 nurses expected to depart the labor force by 2024 due to retirement and other factors coupled with ANA’s projection of 1.2 million vacancies by 2026 make that clear. Foreign nurses once again stand to potentially gain from needs in the American health care system and may benefit from learning the steps to becoming an advanced practice nurse in the U.S.

Becoming an Advanced Practice Nurse in the U.S.

Nurses from abroad with Master of Science in Nursing (MSN) degrees from their home countries have a unique opportunity to advance their careers by earning an online DNP in the U.S. A DNP provides nurses with the distinction of possessing a terminal nursing degree. In addition, it offers practicing nurses the advantage of earning a clinical, as opposed to a research-based, degree.

Opportunities for nursing in the USA for foreigners continue to emerge. As the U.S. confronts another shortage in its nursing workforce, foreign educated nurses with an existing RN license can fill the gaps. Explore how earning a Regis College online DNP prepares nurses from abroad to thrive in the nursing field.