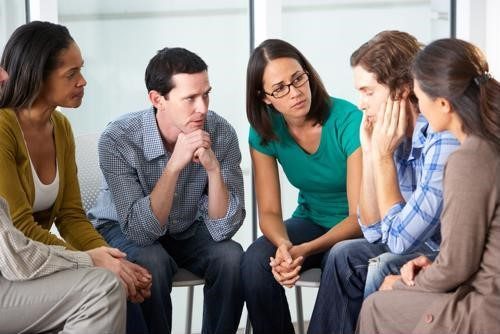 In recent years, the U.S. has undergone many polarizing events, from elections and legislation to shutdowns and criminal accusations. Although the most recent presidential election occurred years ago, many individuals are experiencing the same levels of stress and anxiety they felt in November 2016. Post-election stress is still prevalent in 2019, but it appears in different ways than it did almost three years ago. Many individuals have channeled their negative emotions into progressivism and activism. Others have internalized their stress, causing it to present a serious issue for their short- and long-term mental health.

Social workers have stepped forward as advocates for those who have felt notably troubled following the 2016 presidential election. Using their patient demeanor and vast insight into different populations, social workers are able to create change in their communities, particularly among those with mental health issues. Learn how the online Master of Social Work from Regis College can prepare you to help individuals deal with the fallout from unfavorable political events.

Stress in the nation

According to a January 2017 report from the American Psychological Association, 57% of Americans considered the political climate then to be a very or somewhat significant source of stress. Of this same sample size, 49% of people had the same reaction following the outcome of the presidential election. Although the 2016 election resulted in a Republican candidate taking office, 59% of Republicans stated that the future of the nation was a major source of stress for them, not far behind 76% of Democrats who voiced the same concerns.

Although many Americans are managing their stress in healthy ways — becoming advocates and activists — others have experienced negative health side effects resulting from their increased anxieties. The APA broke down the percentages of Americans who have reported specific health symptoms following the 2016 election:

While some of these concerns are common afflictions facing populations on a daily basis, the notable increase in these states is a deep concern for physicians and mental health professionals. When unmanaged or untreated, these symptoms can affect people’s overall physical and mental health.

The results themselves may not necessarily be enough to spark stress in individuals. Often, the way individuals process, internalize, and handle information is what creates troubling circumstances. Because the results of the 2016 election and other political occurrences, such as Brexit, have gone ways many people did not expect, the shock debilitated individuals, which is still apparent two-and-a-half years later. In addition, significant periods in political history, such as the one presently impacting our country, have exposed the deep divisions that have existed for decades, creating a sense of “otherness” in those with conflicting views.

With the current 24-hour news cycle, the population’s feelings of stress and anxiety have not alleviated much in recent years. An article from the BBC explained the impact constant exposure to political news on social media can have on one’s mental health. The periodical suggests that individuals of all political parties unplug on a regular basis to avoid burnout. However, cutting oneself off from social media isn’t a viable option for everyone, especially considering how prevalent it is to the average American’s daily activity.

As a result of the mental and physical impacts facing Americans following the election, many social workers have raised their voices, providing platforms for those who feel isolated and disenfranchised from the policies set forth through current legislation.

One of the major ways social workers have spoken out following President Donald Trump’s inauguration is through advocacy for individuals and groups affected by recent or proposed policies. For instance, Social Work Today cited that many social workers will react more effectively to those facing poverty. Recent tax code changes, budget cuts, and privatization have provided fewer resources for many social programs, particularly those receiving federal funding. These reductions have had the greatest impact on people of color and women, the major groups receiving assistance from these social programs. As a result, many social workers have transformed from advocates to activists, fighting for increased access to social services for these underrepresented groups.

As more policies come to fruition leading up to the next election, social work agencies have committed themselves to becoming more vocal about their different causes, particularly those affected by restrictive tax laws. When a policy change may affect their clients, these organizations feel compelled to raise their voices, speaking about potential impacts rather than waiting for them to happen to react.

Another community social workers have realized they need to connect with are the populations of people living in rural areas who voted for a candidate they felt would give them a voice. Many social workers will make strides to empower these groups of people in years to come to ensure they feel valued and accounted for.

Although the 2016 election revealed many divisions facing the country, many social workers feel empowered rather than discouraged by the changes over the last few years. Many professionals have recommitted themselves to social justice, providing equity to communities that have felt disenfranchised, ostracized, and powerless as a result of recent events.

Become an advocate for social change with Regis College

If you are interested in increasing your efforts to tackle the mental health crisis affecting a post-election America, you might consider the online MSW program at Regis College. This field of graduate study can provide students with specialized coursework and experiential learning for clinical practice, providing students with the tools they need to effect change in their communities. It can also help students prepare to deal with their communities following the upcoming 2020 election. In addition, the program can suit professionals who hope to eventually become a Licensed Clinical Social Worker. Contact us today to find out how you can become instrumental in improving the stress, anxiety, and other mental health concerns affecting the post-election U.S.

Is An MSW Worth It?

Explore a career as a clinical social worker

Is social media bad for you? The evidence and the unknowns by BBC

Why Mental Health Has Become Political by the Huffington Post