How Nurse Practitioners Can Help with the Growing Physician Shortage 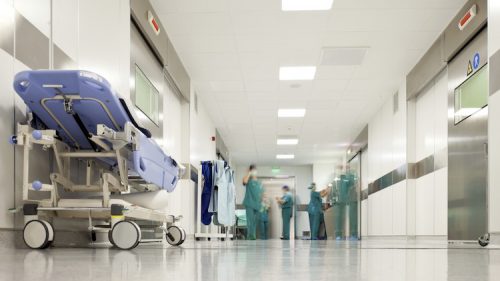 The critical shortage of primary care and specialty physicians in the U.S. affects patients in all parts of the country. Patients often must schedule appointments months in advance, spend hours in waiting rooms, and have less time to consult with their doctors. Many health care industry groups forecast the physician shortage to worsen in the future, which could cause further disruptions in access to care and increase the risk of harm to patients.

In addition to primary care, the physician shortage affects geriatricians, general pediatricians, surgeons, and every other health care specialty, including internal medicine, women’s health, and behavioral health. For example, the HRSA estimates that the demand for geriatricians will increase 45 percent between 2013 and 2025, from 22,940 full-time equivalents (FTEs) to 33,200. However, even with a 74 percent jump in the supply of geriatricians in that period, their numbers will reach only 6,230 FTEs in 2025, up from 3,590 in 2013.

The number of U.S. medical school students increased 27.5 percent between 2002 and 2016, yet the number of residency positions increased only 8 percent, according to figures from the Journal of the American Medical Association cited by Merritt Hawkins. The discrepancy is partially a result of a 1997 act of Congress that capped Medicare spending for physician training.

The American Association of Medical Colleges (AAMC) has called for increased funding for medical schools and reforms to graduate medical education, according to STAT, a medical news website. However, analysts assert that such changes will do little to ease the physician shortage, especially when compared with alternative approaches that have the potential to be more effective. Topping the list of such options is increased reliance on nurse practitioners (NPs) and other non-physician providers.

How Nurse Practitioners Help Communities Affected by the Physician Shortage

Nurse practitioners are at the forefront of the health care industry’s efforts to meet the future demand for medical services. According to U.S. News & World Report’s Elaine K. Howley, nurse practitioners and other advanced practice clinicians had 129 percent more patient visits from 2012 through 2016, while the number of visits to primary care physicians in the period declined by 18 percent. In 2017, nearly 28,000 NPs graduated, bringing the total number of NPs in the U.S. to 262,000. By contrast, the Association of American Medical Colleges reports that the U.S. will experience a physician shortage of between 42,600 and 121,300 positions by 2030.

While some health care needs require attention from medical doctors, NPs continue to take on additional duties that were once performed only by physicians. Some states require that NPs be supervised by a licensed physician, and some states do not allow NPs to prescribe medications. In addition, many health care providers place their own restrictions on the services that NPs may provide to patients. Howley cites research that shows no reduction in the quality of care that patients receive from NPs compared with care provided by doctors. Research also indicates that placing restrictions on NPs can harm patients by preventing them from receiving the care they need in a timely manner.

In fact, several studies have demonstrated the benefits to patients of increased reliance on NPs as primary caregivers. A study of outcomes for diabetes patients reported in the Annals of Internal Medicine found “no clinically significant variation” in the quality of care provided by primary care physicians, NPs, and physician assistants. Similarly, a 2013 study published in the Journal for Nurse Practitioners concluded that NPs had patient outcomes that were as good as or better than those of physicians in 11 different categories. Research conducted by the University of Michigan reports that the average satisfaction rating of patients who received care from NPs was 9.8 out of 10, while the average rating for physicians was 7.2.

Nurse practitioners’ holistic approach to health care could be a key factor driving the improvement in patient satisfaction and treatment outcomes. Researchers have noted that physicians traditionally focus on treating diseases and curing specific ailments, while NPs address those maladies in the context of the patient as an individual, according to U.S. News & World Report. As a result, NPs are likely to spend more time with each patient they treat to ensure the person understands their treatment and its impact on other parts of the patient’s life, such as family relationships and finances.

For nurses and nursing students, the path to becoming an NP begins by earning a Master of Science in Nursing (MSN) or Doctor of Nursing Practice (DNP). Regis College’s online MSN program is grounded in the medical practices that advanced practice nurses encounter in modern health care settings. The program imparts the critical thinking and practical skills that allow NPs to have a direct impact on improving patient outcomes and delivering quality care to people whose access to health resources is limited by their location, income, or other circumstances.

The most effective postgraduate nursing programs emphasize training in clinical settings, as well as coursework in advanced topics such as pathophysiology, clinical pharmacology, and clinical decision-making. U.S. News & World Report’s Howley points out that nursing education programs that engage students in their communities are more likely to find their students practicing in those communities after they graduate.

Regis College’s MSN program features five specialty areas for students to choose from: family care, pediatrics, psychiatric-mental health, women’s health, and adult-gerontology. The MSN program helps students in each concentration connect with NPs who practice in their respective subfields, preparing them to positively impact health care in their communities from their first day of work.

Where the Physician Shortage Is Hitting Hardest

Another way NPs and other advanced practice nurses can help address the critical physician shortage is by taking on roles as nurse educators. Nurse educators are registered nurses (RNs) who hold advanced nursing degrees and have clinical training in a specialized area, such as acute care, family health, cardiology, oncology, or pediatrics. In addition to colleges and universities, nurse educators are employed by hospitals, community health agencies, and long-term care facilities.

Just as there is a shortage of physicians, the supply of nurse educators cannot keep pace with the demand for their skills. The American Association of Colleges of Nursing reports that in 2016, U.S. nursing schools rejected 64,067 qualified applicants solely because the schools lacked sufficient instructors, clinical sites, and other facilities. In October 2016, the AACN identified 1,567 faculty vacancies at undergraduate and graduate nursing programs in the country. In addition to these vacancies, nursing schools state they need another 133 faculty positions to meet the demand of students.

Perhaps the greatest impact NPs can have in filling the growing need for physicians is by advocating for their profession in leadership roles at health care organizations, community health centers, professional nursing associations, and nursing schools. MSN programs prepare NPs to contribute their vision, creativity, and critical decision-making skills in ways that motivate their teams to succeed.

Other Ways Nurse Practitioners Can Help Address the Physician Shortage

The benefits of earning an advanced nursing degree such as an MSN extend beyond serving a single institution or community. By facilitating access to high-quality, holistic patient care, NPs contribute to the well-being of the entire health care system, helping address the challenges of the growing physician shortage. As they fill new roles and expand existing ones, NPs have also become key players in the effort to meet the health care needs of underserved populations. Nurses with advanced degrees have opportunities to reach new heights in their careers, serving as role models, educators, and leaders of the next generation of health care professionals.

The online Master of Science in Nursing program at Regis College prepares graduates for advanced and specialized nursing roles in settings such as family practices, pediatric units, adult-geriatric facilities, women’s health centers, and mental health institutions. Learn about how this program can lead to career success today.

What Is a Nurse Practitioner?

How Nurse Practitioners Can Close the Gap in Healthcare

How to Specialize in Nursing

American Association of Colleges of Nursing

Nurses for a Healthier Tomorrow

U.S. Health Resources and Services Administration: National and Regional Projections of Supply and Demand for Geriatricians: 2013-2025

U.S. Health Resources and Services Administration: Projecting the Supply and Demand for Primary Care Practitioners Through 2020

Learn More about our Nursing Programs