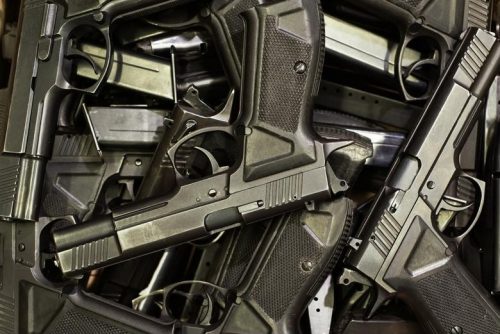 Gun violence has always had a serious impact on public health, but over the past few decades, the consequences have become impossible to ignore. The societal impact of firearms is a complex topic for Americans, as gun ownership is deeply rooted in the nation’s history and culture, yet the cost of unrestricted access seems to have come to a boiling point.

In response, health and safety experts from around the country have risen to challenge, calling for a new outlook on violence prevention that emphasizes common sense policies and an increased focus on mental health services. This public health approach to gun violence is a relatively new development, but agencies around the U.S. have already made significant inroads toward generating public support and securing funding for their research. But where do we go from here?

A brief overview of gun violence in the U.S.

Although gun violence is not unique to the United States, the scope of the problem becomes quite clear when compared to other populous, high-income nations. According to the American Public Health Association (ALPHA), 80 percent of all firearm fatalities in the world’s 24 most developed countries occur in the U.S., where gun violence stands as a leading cause of premature death. Around 38,000 people are killed as a result of gun violence each year, with another 85,000 more suffering non-fatal injuries. But the impact of gun violence does not follow a uniform distribution, as young adults, males, and racial/ethnic minorities face disproportionate risks in contrast to other demographic groups. For example, homicide is the leading cause of death for non-Hispanic blacks between the ages of 15 and 34, but only the fourth leading cause for non-Hispanic whites in a similar age bracket.

While statistics like these can help public health officials understand the scale of the problem, there is a marked lack of data for researchers to work with. As a 2018 article from The Atlantic pointed out, the U.S. does not have a standardized database to aggregate detailed information on gun-related deaths, like the Fatality Analysis Reporting System used to track fatal motor-vehicle accidents. This underlines a broader issue with the lack of funding for national gun violence research, which can be traced back to a 1996 congressional appropriations bill.

At the time, the debate over firearms was more political than scientific, leading to spending bill amendment which stipulated that “none of the funds made available for injury prevention and control at the Centers for Disease Control and Prevention [CDC] may be used to advocate or promote gun control.” Shortly after the bill was passed, similar restrictions were applied to other government agencies like the National Institutes of Health. While this legislative action has undoubtedly limited progress on gun violence prevention over the past few decades, new opportunities to make a real impact are emerging.

Gun violence as a matter of public health

As large-scale incidents of gun violence grow increasingly common, health officials have started discussing the problem as a matter of public health, including researchers from the American Public Health Association and the American Medical Association.  In part, this shift in focus stems from the alarming spike in mass shootings over the past 10 years — there were 346 incidents during 2017 alone, which killed 437 people and injured more than 1,802. While most cases of gun violence do not involve a mass shooting, the heavy media coverage of these types of events has pushed the topic into public discourse and energized a new generation of public health advocates.

In 2016, a group of over 100 medical organizations signed a joint letter to Congress asking for previous funding restrictions to be lifted and for the “chilling effect of the current rider language restricting gun violence research” to be brought to an end. The letter argued that efforts to curb gun violence are hampered by the “insufficient body of evidence-based research” that might be used to develop and deploy gun violence prevention programs and policies.

Diving deeper into the issue of funding, a 2016 research paper published in the Journal of the American Medical Association found that gun violence research was significantly underfunded and understudied compared to other leading causes of death. For example, gun violence caused about as many deaths as sepsis during the reviewed time frame, yet research funding totaled around 0.7 percent of what was spent to investigate sepsis. In terms of mortality rates, gun violence stands as the least reached and second-least funded cause of death in the U.S.

Moving forward, organizations like the CDC and AMA will continue to push for a range of preventive strategies, but there’s a lot of work left to be done. A 2018 fact sheet from ALPHA outlined a series of recommendations that it believes can help turn the tide of gun violence, including:

Bringing these recommendations into the real world will require a good deal of public health knowledge and expertise, which is where an MPH can help. 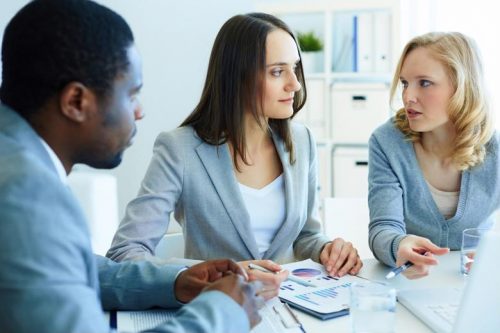 How an MPH can help you make a difference

At Regis College, we train students who want to revolutionize gun violence prevention by providing the skills and experience they need through our Master of Public Health program. This online degree features a concentration in Health Policy and Management that guides students through the complex landscape of public health policy toward clear goals and sustainable solutions. The MPH program can help you join your voice to the chorus of public health experts working to reshape public discourse by providing the tools you need to make a real difference. Students can learn about cutting-edge gun violence prevention strategies and gain experience with a variety of relevant public health activities, such as:

Want to learn more about the online MPH degree program at Regis College? Contact us today for more information.

How an MPH can prepare you for creating health policy

Why Can’t the U.S. Treat Gun Violence as a Public-Health Problem? by The Atlantic

CDC Letter to Congress by Doctors for America

Learn More about our Online MPH