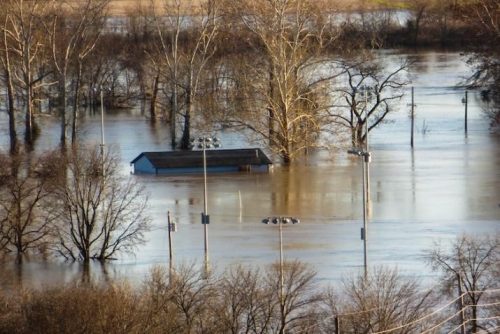 The number and scale of natural disasters in the U.S. have been steadily increasing. According to the National Oceanic and Atmospheric Administration, there have been 241 sustained weather and climate disasters that did at least $1 billion in damages since 1980. In 2018, there were 14 such disasters. It was the fourth worst year in terms of major weather and climate disasters. Disconcertingly, the three years with more billion-dollar disasters were 2017, 2011, and 2016. With large-scale natural disasters becoming more common, efforts to prepare for disasters and respond in the aftermath are ramping up.

Social workers play an instrumental role in disaster preparedness and response. From running community services that provide vital aid to identifying at-risk groups and working to protect them, there’s a great deal social workers can offer. Ultimately, natural disaster survival isn’t the only goal. Social workers can promote healthy coping and recovery in the aftermath of a disaster, but doing so requires careful preparation and a deep understanding of typical conditions after a large-scale emergency event.

Why social work skills are essential after disasters

Natural disasters can have significant consequences for various population groups. Beyond dealing with damages and possible loss of property, individuals and communities must contend with the resulting trauma that those events create. The study “Crisis Counselors’ Perception and Assessment of Suicidal Behavior Among Hurricane Survivors Receiving Crisis Counseling Services” found that approximately 3.4% of participants in the research responded in a way that showed a link to thinking about suicide. The study polled 207 social work clients using the Short Posttraumatic Stress Disorder Rating Interview-Extended. The interview is designed to use qualitative item questions to evaluate distress and dysfunction in the aftermath of hurricanes.

The study concluded that responding to suicidal behaviors after hurricanes is a critical need. Care, particularly in the form of counseling, is increasingly necessary following hurricanes, and social workers offering counseling services must be trained in suicide assessment and management.

The National Association of School Psychologists (NASP) also emphasized the importance of social work after natural disasters. Children face considerable trauma due to disaster events and will typically seek guidance on how to react from the adults they trust. Social workers or school psychologists interacting with children can promote healthy coping activities by offering immediate responses after disasters. Different types of emergencies can lead to various reactions. Hurricanes, for example, can lead to anxiety and startle responses, especially if they recur or if any indirect negative experiences occur in relation to the hurricane.

According to the NASP, earthquakes and tornadoes can be similarly traumatic due to their ability to bring destruction suddenly and unexpectedly. However, earthquakes are fairly unique in their ability to threaten a child’s sense of control because of continued aftershocks and their unpredictability. Tornadoes, on the other hand, stand out from other natural disasters because they trigger survivor’s guilt at a relatively high rate. Wildfires can be similar to hurricanes in the advance warning, but displacement and potential home destruction can prove traumatic. The NASP also highlighted floods as problematic, in part because they are common, but also because of the way they generate mold that threatens health.

All of these traumatic issues emphasize the importance of social work in recovering from disasters. It isn’t just helping in the immediate aftermath, as recovery is often a long process, and initial volunteer offerings and donations can come to an end while social workers remain available to provide vital treatment and services.

How social workers fit in disaster preparedness and response strategies

The study “The Role of Social Work in the Aftermath of Disasters and Traumatic Events,” published in the Clinical Social Work Journal, offers a clear, concise idea of what social workers do when it comes to disaster events. In simplest terms, the social worker is vital in:

According to the report, disaster preparedness and response remains an evolving field, but it is one area where social workers are uniquely positioned to have a strong voice for disadvantaged or under-represented population groups.

What’s it like as a social worker after a natural disaster?

As social work is centered on helping others, professionals in the field can take on diverse roles in preparing for and responding to disasters. A Social Work Today report highlighted what this actually looks like in a practical sense. Prior to disasters, social workers do whatever they can to prepare. For storms like hurricanes, where there is usually advanced warning, this means more than just considering evacuation. Social workers in hospitals with a shelter in place strategy will often work to identify patients who can more safely be transferred out of the facility short term while also preparing to remain operational through the storm for emergency patients.

After a disaster, social workers often put in long hours, setting aside some of their personal needs to focus on the at-risk populations they serve, the report said. This makes balancing self-care with being available for others critical, and relief organizations will sometimes provide specialized benefits to social workers to help them get through the hectic period after disasters.

Pursuing a Master of Social Work (MSW) degree can play a key part in preparing individuals to serve those dealing with natural disaster trauma. The online MSW program at Regis College provides a variety of clinical training opportunities to position students to develop the knowledge and skills necessary to treat clients and provide ongoing support in the aftermath of natural disasters. Our program also incorporates experiential learning to better prepare individuals for real-life work in the social work sector.

Natural disasters are becoming more common in the U.S., and strengthening preparedness and response depends on diverse social work skill sets. Pursuing an MSW can be a key step toward working in clinical social work or taking on the kind of community advocacy roles needed in disaster-related services. Regis College can help you develop these skills. Contact us today to learn more about our program.

Explore a career as a clinical social worker

Helping Children After a Natural Disaster: Information for Families and Educators from the National Association of  School Psychologists