What Is Behavior Therapy, and Why Is It Important? 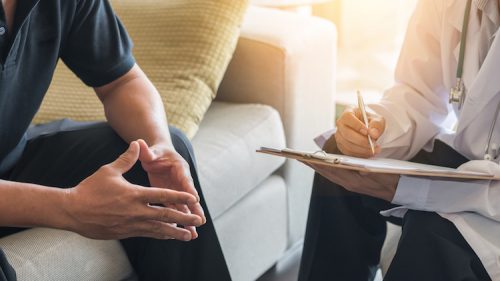 The connections between our thoughts and our actions are powerful. We often don’t realize or fail to appreciate the importance of maintaining a positive focus no matter what situations we find ourselves in. We are all susceptible to falling into ineffective or harmful thought patterns, particularly when things go wrong. However, some people are more prone to letting negative thoughts turn into problematic behaviors.

When problems are exacerbated by unhealthy thought patterns or psychological trauma, being aware of how one’s thoughts can contribute to the symptoms is key to overcoming the associated distress. The field of applied behavior analysis (ABA) emphasizes and encourages healthy modes of communication, social skills, and other activities. It also addresses such adaptive learning skills as hygiene, motor dexterity, self-sufficiency, punctuality, and positive behaviors in employment settings.

An article in Cognitive Therapy and Research defines behavior therapy as a therapeutic process that attempts to change the “maladaptive cognitions” in human thinking that can make emotional distress and unhealthy behaviors that much worse. Examples of such conditions are a person’s beliefs, models of the world, self-image, and feelings about the future. By applying various therapeutic strategies, behavior therapists attempt to alter these maladaptive cognitions as a way to reduce and eliminate emotional distress and unhealthy behaviors.

Origins of Behavior Therapy’s Use in Mental Health Treatment

The history of behavior therapy can be traced back to the mid-20th century. Joseph Wolpe, Hans Eysenck, B. F. Skinner, Aaron Beck, and Albert Ellis were among the pioneers in the field; Beck and Ellis pioneered cognitive behavioral therapy (CBT). The therapeutic strategies of Beck’s model attempted to alter negative thinking patterns, or maladaptive cognitions, to ameliorate emotional trauma and discourage damaging behaviors. An article in Cognitive Therapy and Research explains that his basic model has been modified to create behavior therapy programs that consider each disorder’s “cognitive and behavioral maintenance factors.”

The National Alliance on Mental Illness notes that psychotherapy is “when a person speaks with a trained therapist in a safe and confidential environment to explore and understand feelings and behaviors and gain coping skills” and that CBT “focuses on exploring relationships among a person’s thoughts, feelings, and behaviors.” The behavior therapist interacts with the person to identify thought patterns that either cause or contribute to unhealthy activities and beliefs. The goal of CBT is to replace the problematic thoughts and actions with healthy ones in the specific real-world situations the person experiences in day-to-day living. It often takes much practice for the person to get in the habit of replacing negative thinking and behaviors with their positive counterparts.

All types of people can be helped by behavior and ABA therapy. For example, the approach is effective in children with autism spectrum disorders (ASDs), attention deficit disorders (ADDs), and other behavioral issues. According to the U.S. Centers for Disease Control and Prevention (CDC), experts in attention deficit hyperactivity disorder (ADHD) are discouraging doctors from prescribing ADHD medicine to children under 6 until their parents first get training in behavior therapy.

The CDC reports that children are better able to control their behavior when they receive behavior therapy from their parents, who in turn are supported by health care professionals. The children function better in school and have improved relationships with family members. Among the skills therapists teach to parents are how to engage in active listening, give positive attention, and create structure and consistency.

The Society of Clinical Child & Adolescent Psychology defines behavior therapy as a process in which children and adolescents are prompted to behave in new, positive ways. The children and adolescents receive positive reinforcement when they make healthy decisions and learn to reject unhealthy behaviors. Sometimes negative behaviors are reinforced without people being aware that they are doing so — resulting in the negative behaviors occurring more frequently. Behavior and ABA therapy teaches parents and children how to avoid “traps” that unwittingly reward the wrong behaviors.

Behavior therapy is equally effective in treating mental illness in people age 65 and older, a population expected to comprise 20 percent of the U.S. population by 2030. In contrast to the stereotype of seniors as sad and lonely, most people in the age group are happy and satisfied — even reportedly more accepting of death than younger people — according to the Association for Behavioral and Cognitive Therapies (ABCT). That’s why it’s important to take note of mental illness in older people rather than simply attributing problems to “old age.”

According to the ABCT, while the incidence of various types of psychological distress is lower among the elderly than in younger groups, older people who do need behavior therapy are less likely to request it. When they do receive treatment, their therapies are less aggressive than that of younger groups. The benefits of behavior and ABA therapy for people in all age groups need to be communicated more clearly to health care professionals and the public.

● Cognitive behavioral therapy. The therapist helps the person identify unhealthy thought patterns and understand how those thoughts contribute to self-destructive behaviors and beliefs. Once the patterns are known, the therapist works with the person to think more constructively.

● Peer intervention. One or more of the student’s peers help them address behavior problems. The peers are taught by a teacher to encourage positive behavior in academic performance and social settings. In addition to proving successful in boosting the student’s health and well-being, the peer assistants benefit from their participation because it reinforces their positive behaviors and enhances their sense of responsibility.

The Benefits of an MS ABA Degree for Future Therapists

The road to a career as a behavior or an ABA therapist begins with a higher-education program, such as Regis College’s online Master of Science in Applied Behavior Analysis program, which is designed to teach the skills that lead directly to rewarding therapist careers. The program accommodates students from diverse health science backgrounds, combining firsthand experience with research work.

Embark on a Career in Applied Behavior Analysis

Demand for behavior analysts will continue to grow, according to the U.S. Bureau of Labor Statistics, which forecasts a 23% increase in employment between 2016 and 2026 for substance abuse, behavioral disorder, and mental health counselors. The growth is driven in large part by the sharp increase in the number of children diagnosed with ASD. According to Labor Insight-Burning Glass, the number of positions for people with the Board Certified Behavior Analyst (BCBA) or Board Certified Behavior Analyst-Doctorate (BCBA-D) certification increased by 800% between 2010 and 2017.

Designed for students from a wide variety of health science backgrounds, the online Master of Science in Applied Behavior Analysis program at Regis College is structured to prepare graduates for success in a variety of possible career fields. The program blends research and hands-on experience, and offers coursework in behavior assessment, treatment evaluation, ethical practices, and other related areas.