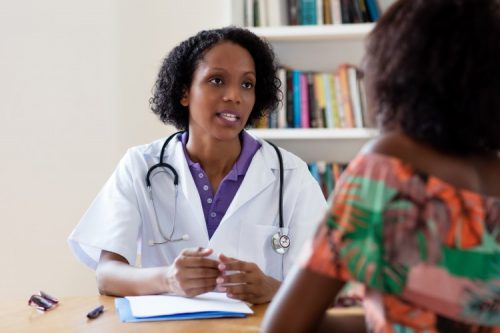 Long-term efforts to address mental health issues and combat their stigmatization have brought about important changes. Today, 87% of Americans believe mental health issues are no cause for shame, according to the American Psychological Association. Despite this increased openness, misconceptions and confusion about mental health disorders still persist.

Because some symptoms of the two mental conditions are similar, and because symptoms are often misunderstood, correctly assessing a patient can be difficult. Diagnosing and addressing the needs of individuals with these mental health conditions requires the right expertise. An advanced degree, such as an online Master of Science in Nursing, can train nurse practitioners to recognize the differences between borderline personality disorder vs. bipolar disorder, helping to ensure patients receive the help they need.

Approximately 2.8% of American adults will experience bipolar disorder and 1.4% will experience borderline personality disorder in a given year, according to the National Institutes of Health. Health professionals, such as nurse practitioners, can better serve patients when they have a clear understanding of these mental health conditions.

Bipolar disorder involves altered emotional states that can last days or even months. Unlike borderline personality disorder, interpersonal conflicts do not cause mood swings in people with bipolar disorder.

Both borderline personality disorder and bipolar disorder affect people’s moods, which has led to confusion between the two. However, each mental health condition is distinctive and requires unique treatment approaches.

Studies indicate that heredity can put individuals at a genetic predisposition to develop borderline personality disorder.

Studies show that childhood trauma can contribute to development of the disorder. For example, 70% of those with borderline personality disorder have experienced physical and sexual abuse, abandonment, neglect, or parental substance abuse, along with other types of mistreatment.

Brain imaging of patients with borderline personality disorder have shown irregularities in the amygdala, hippocampus, and medial temporal lobes. Researchers believe these differences in the brain make it more likely for a person to inaccurately interpret neutral facial expressions as either angry or disgusted.

Other brain studies indicate that people with borderline personality disorder have impaired serotonin function. Serotonin is a chemical that helps regulate mood and anxiety.

As noted, traumatic experiences in childhood can factor into the development of borderline personality disorder. According to a meta-analysis of numerous studies that examined people with the disorder, this holds true especially when the trauma involves emotional abuse and neglect.
Mental health experts explain that during childhood, the brain is in a process of development and learning to manage negative emotions. Under chronic and overwhelming stress, healthy responses to stress may not develop appropriately, resulting in greater sensitivity to stress, a common symptom of borderline personality disorder.

Borderline personality disorder can interfere with a person’s ability to live a healthy and fulfilling life. Since those with the disorder often struggle to manage negative emotions, they may turn to dangerous or risky behaviors that are often related to sex and drugs.

Borderline personality disorder can negatively affect an individual’s self-image, resulting in depression, eating disorders, and substance abuse. Additionally, because of the dramatic ups and downs they experience, individuals with the disorder may struggle to complete their education or achieve other goals that require sustained focus and stability.

A variety of therapeutic approaches have been shown to help those with borderline personality disorder. Proper treatment strategies can help individuals overcome their symptoms, develop healthier responses to stress, and learn to build more stable relationships.

One common symptom of the disorder is “splitting.” Splitting involves viewing people or things as completely good or bad without being able to see gray areas, or that good and bad can coexist. For example, one moment a person might view their therapist as the best in the world. Then that therapist does something to trigger the patient, and suddenly the therapist is the worst the patient has ever known.

What can cause splitting? As children, people may experience abuse from someone who at times acts with love and concern and at other times behaves in dangerous and abusive ways. Learning to integrate those opposite versions of the same person into one can pose great challenges to children who live with abuse.

As a result, these children may view things in terms of ‘either-or’ and think of the abuser as two different people. As these children mature, they may generalize this perception that good and bad exist in completely separate realms, and apply it to all aspects of their life.

Although this defense mechanism may have served a useful purpose at one time, in adulthood it can act as a disruptive force, exhausting those who use it as well as others around them.

Skills training focuses on the following.

Group leaders introduce these skills, patients practice them, and then they discuss them individually with a therapist. Therapists can help patients integrate their extreme versions of the world into more balanced perceptions in which people, events, and experiences can have both negative and positive aspects. This empowers patients to respond to the world in a more stable way, as well as build healthier relationships.

Medication as a Treatment Strategy

No single medication exists to cure borderline personality. However, several medications such as mood stabilizers and antidepressants can play an effective role in borderline personality disorder treatment. Both can address mood swings and the feeling of profound unease that is often associated with the disorder. Additionally, to help deal with the disorganized thinking linked to the disorder, practitioners may prescribe low doses of antipsychotic medications.

To diagnose borderline personality disorder, mental health professionals conduct comprehensive clinical interviews with their patients. They may also consult with other clinicians and review prior medical evaluations.

Clinical interviews likely use structured diagnostic screening tools, such as the Zanarini Rating Scale for Borderline Personality Disorder. This rating scale examines the pervasiveness of the following:

Additionally, the tool looks for relationship histories characterized by splitting. It’s important to note that splitting — along with the rapid shift in moods from sad, to angry, to euphoric within short time spans — are symptoms that distinguish borderline personality disorder from bipolar disorder.

Though other factors can come into play, it’s fair to say that bipolar disorder is genetic to some degree. The exact patterns of inheritance, however, remain unknown. Scientists believe several genes may cause the disorder and are actively researching the genetics behind bipolar disorder to improve treatment.

Statistical Data about the Heredity of Bipolar Disorder

Although uncertainty still clouds a complete understanding of the role of genetics, research clearly shows that individuals with close relatives who have bipolar disorder are more at risk of developing the condition. Consider the following facts from WebMD.

The fact that identical twins, who share the same genes, do not always both develop bipolar disorder shows the condition is not strictly hereditary.

Bipolar disorder manifests itself in equal numbers between men and women. However, women more often experience “rapid cycling” (four or more separate episodes of depression or mania within a single year). Women also tend to experience more depressive episodes and mixed states of depression and mania.

Environmental factors can possibly trigger the development of bipolar disorder in people with a genetic predisposition to it. Diagnosis of bipolar disorder often follows traumatic or stressful events. Life-changing occurrences such as job loss or a death in the family can also be linked to the onset of the condition.

What Is the Pathophysiology of Bipolar Disorder?

To diagnose and treat bipolar disorder, psychiatric mental health nurse practitioners must build their understanding of the pathophysiology of bipolar disorder. These are the physical and biological abnormalities within the body that result in the condition.

Several theories try to explain what causes bipolar disorder in addition to those already mentioned.

The neurotransmitter system — the system in the brain responsible for the chemical messengers that carry and regulate the signals between cells — has a huge impact on how our brains function. Research has linked neurotransmitters such as serotonin, dopamine, and norepinephrine to behavioral and mood disorders. An imbalance between these chemicals is potentially the problem. Another theory posits that the sensitivity of nerve receptors in the brain may contribute to mood disorders.

This theory considers that individuals are born with particular physical vulnerabilities to health issues. However, stress factors will ultimately determine if those health problems present themselves. This suggests that those with bipolar disorder have an inherent physical vulnerability to the condition, and that events in their lives trigger its onset.

Another important factor worthy of consideration regarding the pathophysiology of bipolar disorder involves the sleep-wake cycle. According to a recent study in the journal Frontiers in Psychiatry, sleep abnormalities often serve as effective indicators that a mood swing is on its way. Additionally, the study reports that 23% to 78% of people with bipolar disorder extend their sleep hours into the day, past nighttime, with episodes of excessive sleepiness during the day.

This sleep issue, along with insomnia that is prevalent in those with bipolar disorder, can affect circadian rhythms in the body. Some postulate that disturbances to circadian rhythms can play a role in bipolar symptoms.

Explore the Role of Nurse Practitioners in Treating Mental Health

Those in advanced nursing roles can play an important role in addressing mental health issues. Often, advanced practice nurses help care for those with conditions such as borderline personality disorder and bipolar disorder.

Psychiatric mental health nurse practitioners, for instance, use their analytical skills and knowledge in advanced concepts, such as contemporary psychotherapies and advanced psychopharmacology, to build effective care delivery strategies.

Regis College offers an advanced Master of Science in Nursing degree with an option to specialize in psychiatric mental health. The program cultivates expertise in assessing and monitoring mental health conditions.

Explore how the Regis College online Master of Science in Nursing specializing in psychiatric mental health prepares nurses to deliver vital care that can change lives.

Master of Science in Nursing

3. Application Fee
All applicants must submit a non-refundable application fee of $75 (payable online via secure server). The fee must be paid by credit card or electronic check before submission of the application. Applications submitted without an application fee will not be processed. Fees are subject to change without notice; the fee cannot be waived or deferred.

4. Transcripts
Applicants are required to provide official transcripts from all post-secondary institutions, or the international equivalent if applicable.

6. Statement of Purpose
Submit online with application. Describe career and professional goals and why you are applying to Regis College’s MS in Nursing program (500 word minimum). For more details, please speak to your personal Admissions Advisor before submitting your application.

7. Recommendations
Applicants must provide two letters of recommendation (to be uploaded directly by each reference) to the online application site.