The Pseudoscience of ASMR for Anxiety in Children

View all blog posts under Articles 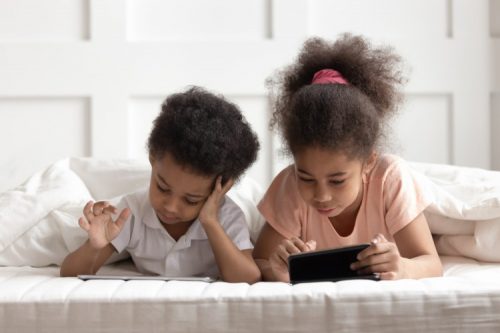 The Pseudoscience of ASMR for Anxiety in Children

What is autonomous sensory meridian response, and is it a safe and effective treatment for anxiety in children and teens? Better known by its search engine-friendly acronym, ASMR refers to a variety of pleasurable physical sensations — such as tingling or mild euphoria — triggered by different stimuli that include soothing, repetitive sounds such as whispering, fingernail tapping, and paper crinkling, as well as watching repetitive tasks such as page turning and hair brushing. Even the soothing voice and paintbrush-on-canvas sound of TV art instructor Bob Ross may trigger ASMR among some viewers.

What do mental health professionals have to say about using ASMR to treat anxious children and teens? Dr. Kelly Carlson, who is the program director for the PMHNP program at Regis College, is skeptical, to put it mildly. “I don’t know anybody that would use these videos or prescribe them for kids,” says Carlson, who holds a Ph.D. in Nursing from the University of Tennessee, Knoxville. She describes the ubiquitous YouTube videos as, “Kind of freaky,” noting that some ASMR content creators make a lot of money from their videos.

While the term autonomous sensory meridian response may sound impressive, parents looking for ways to soothe anxious children should understand that, to date, no scientific evidence supports the notion that ASMR is an effective treatment for anxiety, insomnia, or any other mental disorder. According to The New York Times Magazine, a nonscientist, Jennifer Allen, coined the term ASMR in 2010.

Allen, who experienced a tingling sensation from her scalp that traveled down her spine when she watched videos of outer space, was curious about this physical response and invented the term to connect online with others who might share her experience. A Facebook group was born, and ASMR for anxiety became a huge cottage industry on YouTube.

Is ASMR Effective for Treating Anxiety?

An online search for “ASMR” reveals an internet awash in content produced by a growing legion of “ASMRists,” mostly attractive young women and girls with soothing voices tapping, whispering, and manipulating all kinds of objects for a growing online audience. Indeed, YouTube is home to more than 5.2 million ASMR videos, some targeted at children. And digitally native youths — skilled at producing videos for TikTok and other social media platforms — themselves produce ASMR-related content for the video-sharing platform, Carlson says.

Fear of COVID-19 and the physical isolation imposed to control its spread are raising anxiety levels and increasing the audience for ASMR videos. Before the pandemic, anxiety disorders were already the most common mental health concern in the United States, with an estimated 18% of U.S. adults and approximately 8% of children and teenagers having an anxiety disorder, according to the National Alliance on Mental Illness.

While anxiety is clearly a growing problem, the ubiquity of ASMR videos says more about internet culture and economics than it does about its purported effectiveness as an anxiety treatment. Despite its online popularity, using ASMR for anxiety is far from mainstream in the professional mental health community.

Alternatives to ASMR for Anxiety

Parents of anxious children — who may be stressed themselves — are seeking coping mechanisms to help their kids overcome the isolation, loneliness, and disruption to routine brought on by our response to the pandemic. So what harm can come from letting children watch videos of women tapping their fingernails or stroking a hairbrush while their parents get some work done? At best, the videos take a nonpharmacological approach to treating anxiety. As The New York Times Magazine put it, the YouTube genre presents “a drug-free, online version of Xanax.”

The Centers for Disease Control and Prevention (CDC) recommends the following healthy practices to help children cope with stress during the COVID-19 pandemic:

For children with severe anxiety, Carlson recommends the gold standard among behavior nonpharmacological interventions: cognitive behavioral therapy (CBT). CBT is a common type of talk therapy (psychotherapy) that can be an effective tool to help children and adults learn how to better manage stressful situations. According to the Child Mind Institute, more than 20 years of research has shown that CBT is the most effective treatment for reducing symptoms of severe anxiety and, unlike taking medication — or watching YouTube videos — it gives children the tools to manage the anxiety themselves.

The number of anxious children and teens is growing, driven by changes in parenting styles and forces in society such as the pandemic. Psychiatric mental health nurse practitioners are in-demand frontline professionals who can help children, adults, and families address and overcome their mental health issues.

Are you ready to take your nursing career to a new level and make a difference in patients’ lives? Learn more about the benefits of specializing as a licensed nurse practitioner by pursuing an online Post-Master’s Certificate in Nursing from Regis College.

How Technology and Isolation May Affect Mental Health.
What Can You Do with an MSN PMHNP Degree?
What Impact Does Parental Mental Health Have on Children?

Learn More about our Online PMC

1. Specific point of entry
Entry one: Have an MSN? Become an NP.

3. Application Fee
All applicants must submit a nonrefundable application fee of $75 (payable online via secure server). The fee must be paid by credit card or electronic check before application submission. Applications submitted without an application fee will not be processed. Fees are subject to change without notice; the fee cannot be waived or deferred.

5. Personal Statement
Submit online with application. Describe career and professional goals and why you are applying to Regis College’s nurse practitioner certificate program (500-word minimum). For more details, please speak to your Admissions Advisor before submitting your application.

6. Recommendations
Applicants must provide two letters of recommendation (to be uploaded directly by each reference) to the online application site.

There are two entry points to start your certificate program. Students from both entries points are eligible for maximum transfer credits from a prior MSN. Depending on the specialization of your chosen certificate program, you will be presented with curriculum form these core and elective courses: